In a continuously evolving world of mobile display advertising, different variations of ad formats now play a critical role in the success of engaging with customers. In order to interact with audiences within an increasingly limited and competitive space on the mobile screen, advertisers need to ensure constant innovation and agility amidst strict constraints to capture a consumer’s attention.

The full-page interstitial ad is probably one of the most interesting solutions to this problem.

A full-page ad that appears between content pages, typically on gaming and mobile apps, interstitials are conducive to content “interruptions” between gaming or app levels. Since an interstitial ad unit is typically 10 times larger than the size of a traditional banner ad and also because of how it appears within the flow of regular content, this type of ad is more likely to capture the user’s attention than other formats.

Gaining undivided user attention is a marketer’s utopia. In an age of dwindling attention spans – a direct result of more and more emerging connected devices – audiences are often distracted by something else. By making the most of all available space on the screen, whether smartphone or tablet, advertisers are more likely to maximize user attention, encouraging engagement, click-through and ultimately, conversions.

An interstitial ad provides the user with the option to close the ad and get back to the intended content. Considering that an interstitial ad appears either prior to the app launch, in between app levels or before exit, the ad’s interference with the main app content is also minimal. As users intend to continue using the app, attention for the interstitial ad is guaranteed.

Leading brands and app developers from across the world continue to use interstitials on our network and the results have consistently exceeded expectations. Interstitial ads work wonderfully for a number of advertisers, ranging from those focused on hospitality to fast-moving consumer goods (FMCG) and game developers. For instance, a leading hotel chain saw as much as 25x increase in the number of video views when using interstitials. Another leading European casual game developer saw a 7X increase in conversions while promoting their app using a rich media interstitial ad.

With greater engagement and click-through, eCPMs delivered on developers’ app inventory are also significantly higher. eCPMs jumped by over 9 times when a leading American app developer began monetizing with interstitial ads as against traditional banners with InMobi.

After analyzing more than 12,000 app-download campaigns run on the InMobi network over the last six months and comparing the conversion performance across traditional banners and interstitials for different types of content, we found interesting results:

In general, it appears that interstitials are most effective while promoting games, social and entertainment apps.

As with every ad format, developers can benefit from implementing and being cognizant of simple best practices while using interstitials for monetization. Based on our own experience, we make the following recommendations:

Whether you are an advertiser promoting your product or a mobile publisher looking to enhance monetization via ads, interstitials will surpass your performance expectations. Not only do they offer a powerful way to engage with users, they also give advertisers the flexibility to provide a wide range of interactions on the ad unit that could make it more appealing or drive more conversions.

By leveraging maximum real estate on the mobile screen, developers can deliver an engaging ad experience to users and significantly boost monetization. 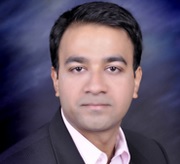 Piyush Shah is InMobi‘s Vice President of Products responsible for the overall vision, strategy and direction for the InMobi product portfolio. Previously he was InMobi’s VP and GM for Performance Advertising and Developer Platforms.