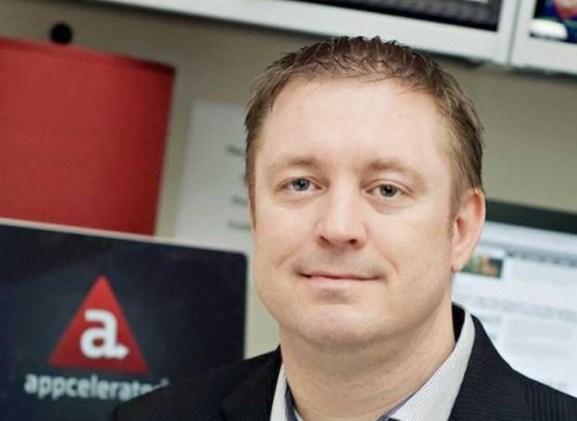 With Appcelerator’s purchase of the API management company Singly today, one thing is clear: Appcelerator’s ambitions lie far beyond its early business helping people to create mobile apps  — it wants to be a key component of the mobile ecosystem for every developer.

By nabbing Singly, Appcelerator will be able to take advantage of its ability to simplify complex APIs for mobile devices, something that will become increasingly important as smartphones and tablets take up more of our computing time.

“If you have this explosion of APIs, the problem that you have is each one of them is different,” said Jeff Haynie, Appcelerator’s co-founder and chief executive, in an interview with VentureBeat last week.

“Customers are saying they want to open up APIs to other user bases, Singly will allow us to connect to these third party APIs, but also give a technology to customers that will allow them to connect their own systems and create APIs for others,” Haynie said. “The real killer opportunity is when you connect the app to its data sources, and you can really go end-to-end.”

Editor’s note: The increasing importance of APIs is a key theme at our upcoming upcoming CloudBeat conference, Sept. 9-10 in San Francisco. We’ll be showcasing revolutionary cases of enterprise cloud usage, including how enterprises are using APIs to allow apps, including mobile apps, to talk with other apps. Register today!

Singly will be yet another way to grow the Appcelerator Platform, a suite of tools for building apps, connecting them to cloud services, and analyzing their performance in the marketplace. While the company still offers Titanium, its original platform for building a single app and deploying it natively to multiple mobile platforms, its future lies in the increasingly diverse Appcelerator Platform, pieces of which any developer can implement in their apps.

“We think we have a huge opportunity to be a big standalone enterprise company in mobile,” Haynie said. “We’re all pragmatic, but my dream and goal on the way to an IPO — that’s a means to an end — in 10 years your’e going to be talking about Appcelerator like a Salesforce or Oracle.”

Singly, then, is just another piece of the puzzle for Appcelerator’s mobile dominance. The company last year also acquired Cocoafish to increase its mobile infrastructure smarts, as well as the real-time big data processing company Nodeable. Appcelerator recently raised a $16 million round to fuel the growth of its platform, and it now has more than $68 million in funding overall.

Mountain View, California-based Appcelerator is now edging close to 500,000 developers using its platform, and its apps are on 160 million devices globally, Haynie said. There are also close to 160,000 Appcelerator-created apps in the iTunes App Store.

The company is currently in the middle of two big projects: Relocating its Chinese and Indian operatings to Singapore, and getting itself off of Amazon’s cloud. “We’re spending so much money on Amazon, so we’re building our own data centers,” Haynie said. “We’re finding our customers want flexibility in how they deploy our stack today.”

Appcelerator is working on an OpenStack version of its product, and it’s also looking into building its own devices so that businesses can use its services behind firewalls.