Digital Fortress, a US-based software developer with Russian roots, has rolled out its inaugural mobile app, an English-language instant messenger named Telegram. The app is now available on iTunes.

Digital Fortress owner Pavel Durov (pictured above; he is also the founder of Russia’s largest social network, Vkontakte) claimed that his company’s first product was  launched as an entry-level written message and file exchanger and that it would soon include voice and video communications capabilities.

Telegram is currently only available for Apple mobile products, but Durov wants to also carve out a substantial share of the Android market, the largest in the global OS segment. 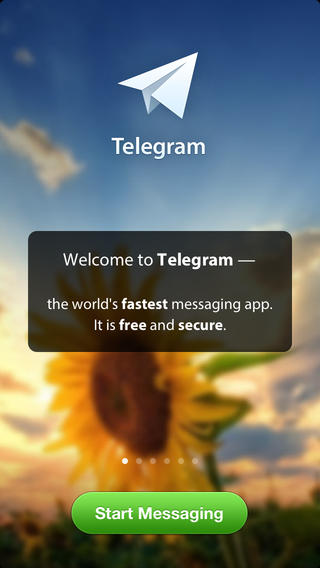 The free messenger will use MTProto, a data transfer protocol developed by Pavel’s brother Nikolai, who is also the CTO of VKontakte. In its current form, Telegram is basically a test bench for this new protocol. If the test is a success, a new set of social and/or user location specific functions may be added to the messaging service, as Durov believes that  “other messengers lack” these unique features.

Market players are divided on the novelty. Some praise its data security and fast delivery of large files. Others note that its functionality is old news in the market and very similar to competitors like WhatsApp.

Durov claims that his new product is “faster and safer” and that “messages sent through Telegram cannot be bugged by third parties.” Telegram is a product for the global market, a long-term target for Durov’s U.S. company, and does not even have a Russian-language version.

The Digital Fortress founder has emphasized that the creation of the messenger is in no way connected with his flagship product, VKontakte, which is popular in the former Soviet Union countries.

Earlier this year, Durov denied rumors that he and his US team are preparing the launch of a new social network named Telegra.ph that is purportedly intended to lure “millions and millions of… users” away from VKontakte. Sources: Vedomosti, The Moscow Times