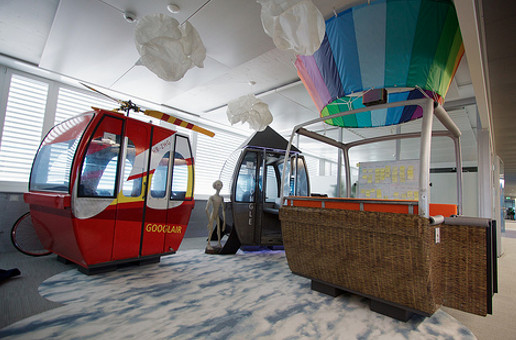 There are egg-shaped meeting rooms lined with shag pillows, Irish pub-style lounges decked out with pool tables, and a four-lane bowling alley complete with a disco ball. These are only a couple of out-of-the-ordinary workspaces you’ll get a glimpse of when visiting Google’s company culture page.

Named the best company to work for by Fortune for the fourth year running, Google’s unconventional office designs are well-documented and there’s no doubt they play a role in its organizational culture.

But for startups, this raises a question: Can an individualized office space with sleek design really help to create that elusive feeling known as “great company culture”?

With a limited budget and long to-do lists, skimping on office design can be easy for founders scrambling to get their business off the ground. According to Professor Alex Haslam — who coauthored research at the University of Exeter in the U.K. in 2010 examining the psychological effects of design-led workplaces, people working in spaces decorated with plants and pictures were 17 percent more productive than those working in lean (bare and functional) offices.

“Not only does office design determine whether people’s backs ache, it has the potential to affect how much they accomplish, how much initiative they take, and their overall professional satisfaction,” he said.

“All this could have a huge impact for firms of any size, yet employers rarely consider the psychological ramifications of the way they manage space. By paying more attention to employees’ needs, they can boost wellbeing and productivity at minimal cost.”

But Google’s not the only one embracing the idea that a creative environment can help stimulate inspiration and strengthen organizational culture. Several big-name tech companies are following suit – Dropbox, Instagram, Path, and Asana have hired San Francisco-based interior designer Lauren Geremia to fit out their offices with custom pieces by local artists and fabricators.

So how does the process work? “I ask them what they want visitors to say when they leave the office, things like that, to get inside their head,” explained Geremia in an interview with Onoffice Magazine. ”Every client has a formula; a structure with rituals for how they eat, how they work, how they communicate. A lot of these companies are young enough that I’m able to have an input there, and develop it together.”

She added: “These startups have realized the talent is so indispensable that they’ve linked the success of the company to how happy people are in the workplace. That’s the main difference to old offices full of cubicles and drab carpet.” 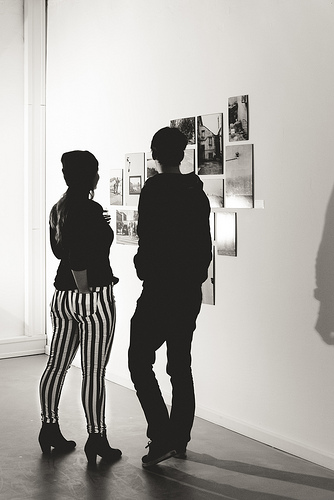 For website-building company Jimdo, rapid startup growth and office expansion in its Hamburg headquarters led to the creation of a unique position titled “Captain Chaos”, which is currently filled by a qualified interior designer who’s main responsibilities are to take care of creating a pleasant atmosphere and restructuring the workplace.

“We believe that the design of the workplace is important to company culture and team performance,” said Jimdo cofounder Matthias Henze. ”What you really want in a startup is flexibility that allows people to sit and work together in a way they would like to.”

An offbeat initiative that makes the company’s German office different is its vernissage area, where white walls are embellished with a mosaic of photographs or illustrations by several Jimdo employees – who are also artists. Though the idea of creating a vernissage originated as a way of celebrating the completion of new rooms, Henze said the artworks are now a permanent fixture in the startup’s offices.

“We work with all kinds of materials and media and really strive to tell the client’s story though the art we make,” said James Burke, Acrylicize’s Creative Director. “Each piece of work that we produce intrinsically tells a unique story about that particular space, celebrating its character, values and personality in order to positively connect people with their environment.”

He added: “Our projects are getting bigger and more ambitious – we recently did a big graffiti piece for a search engine who’s name I’m not allowed to mention.”

In an online survey conducted by the British Council for Offices (BCO) in partnership with International Art Consultants, 93.8 percent of participants said art makes the workplace feel more welcoming, and 60.8 percent of them feel it also stimulates creativity in the staff.

“People spend so much time at work, and I think it’s important to have an environment that is inducive to being inspired and alert – why can’t a space be enlightening and inspiring?” Burke asked.

Is it a frivolous expense?

While the concept of commissioning an interior designer or art consultancy to spruce up the office and provide a unique identity to the workplace sounds appealing, it’s usually not a top priority for many startups – especially because tangible results on company culture typically take some time.

Although there’s no universal agreement on what “good company culture” is or how to attain it, there’s no denying that workplace design plays a role in influencing and shaping employee behavior. According to another recent study  by the BCO, titled “What Workers Want,” which polled 1,168 office workers in the UK,  60 percent of respondents in a non-traditional workspace said it improved their productivity.

“The report emphasizes that staff retention, productivity, and happiness can all be bolstered by being in-tune with modern workplace issues, which is something all occupiers should be aware of,” said Richard Kauntze, CEO of the British Council for Offices.

And in case you’re stuck on ideas, don’t miss out on what inspirational startup Vooza has to say about designing “not just an office, but an experience“.

This story originally appeared on VentureVillage.