Jerry Chen is a partner at Greylock Partners.

As a new product manager ten years ago I remember helping set up chairs at the very first VMworld keynote in San Diego. It’s hard to believe, but a decade ago Diane Greene and the VMware leadership team had the ambition to envision that VMworld would become the industry defining conference it is today, from 1200 attendees in San Diego to almost 23,000 attendees just ten years later.

In many ways, bigger is better: more customers, more partners, more products; but has VMworld become too big for the startup ecosystem from where it came? Just like in a forest where the tallest trees block the sun from the younger plants preventing them from growing, have the tall trees of VMworld (Cisco, EMC, Intel, HP, Dell, IBM, Microsoft even!) begun to crowd out the startups that are key to VMware’s success?

First, we need to establish why the startup ecosystem around VMware matters. VMware is a company in transition in an industry in transition, and it’s not alone. Just two days before the start of VMworld, Microsoft announced its own transition. Both companies face similar challenges as the world moves from the client/server era to the post-pc and post-server world.

This post-server world — where companies no longer buy servers but simply go to the cloud for applications, compute, and storage — presents VMware serious challenges to its core business while offering some hope that it can evolve from the greatest client/server infrastructure software company into the first great enterprise cloud infrastructure company.

The biggest transition that VMware has been working through over the past year has been the succession of Pat Gelsinger as CEO. After a bumpy start VMware posted a solid Q2 and its stock is back up to around $84 per share.

Beyond the recent strong financial performance, Pat’s most impressive accomplishment has been the execution of his strategy to focus the company. Gelsinger refocused VMware on the software defined datacenter and shed products like Zimbra, SlideRocket, and spun out most of the developer assets including vFabric, Spring, and Cloud Foundry to Pivotal. Last week at VMworld, VMware announced the release of NSX and the beta of vSAN to further its software defined networking and software defined storage strategies.

Editor’s note: For a more in-depth discussion about how businesses are grappling with the “hybrid” cloud, come to VentureBeat’s CloudBeat conference, Sept. 9-Sept. 10 in San Francisco. We’ll be featuring executives from leading cloud vendors and customers — with eye to show how real businesses are adapting to the cloud. Register today!

Startups and the software defined datacenter

NSX and vSAN are both examples of why the startup ecosystem around VMware matters so much. Without Nicira there would be no NSX and without Virsto, vSAN may not have much of a future. But just as important as M&A can feature in a company’s product strategy, VMware needs the rest of its ecosystem to adopt software defined networking and storage as the future of infrastructure.

VMworld has always been a significant storage show even accounting for the influence of EMC. Storage represents such huge part of datacenter costs and with the advent of big data its only going to increase. Storage is probably the one area of the startup ecosystem that continues to thrive in the shadow of VMware with dozens of emerging companies from VMware alums (Tintri, PernixData, StorVisor, Datrium, etc.) and non-VMware alums (Nutanix, PureStorage, Fusion-IO, etc.). Networking on the other hand is still an under developed part of the ecosystem. Unlike storage where EMC, HP, IBM, NetApp, all have significant market shares, the networking industry tone is set by Cisco. In order for NSX to thrive, VMware will need to encourage a new generation of networking companies like Cumulus Networks to extend the NSX vision and transform the networking industry.

Startups and the Cloud

VMware’s biggest strategic initiative beyond the Software Defined Datacenter is the launch of vCloud Hybrid Services (vCHS). vCHS is not a substitute for Amazon Web Services. Today vCHS and AWS are addressing different types of applications and different types of customers. Instead of being an offensive move against Amazon, vCHS is first a defensive move.

However there is still a huge gulf between where vCHS is today and where it needs to be if it can become a viable alternative to AWS, Google Cloud Platform, or even Microsoft Azure. This is probably the biggest area for startup innovation that was missing at VMworld last week. If customers are moving to the post-server world then vCHS is only slowing the inevitable decline of enterprise datacenters. Five years from now the majority of new applications developed will be architected more like Netflix and less like Exchange. VMware can’t compete against Amazon on cost and scale, but instead it has to compete against Amazon by adding new application and developer services that will make building and running these web scale applications easier, more secure, and more manageable. 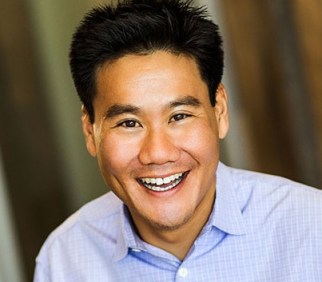 Jerry is a Partner at Greylock Partners and invests in new enterprise applications and in all aspects of cloud and application infrastructure. Prior to joining Greylock, Jerry was Vice President of Cloud and Application Services at VMware where he was part of the executive team that scaled the company from 400 to over 15,000 employees and $5B in revenue. During his nine years at VMware, Jerry launched dozens of products including several “1.0” releases and started two new business units for VMware including the Cloud Application Platform and the Enterprise Desktop business units. Follow jerry on Twitter @jerrychen.