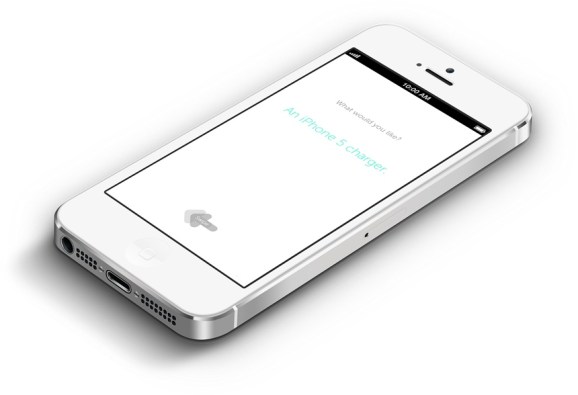 New York City-based WunWun is doubling down on its ability to get just about anything delivered to you in Manhattan.

The company is today moving away from offering on-demand services, like having someone wait in your apartment for the cable guy, to focus completely on deliveries. WunWun (which stands for what you need, when you need) now offers completely free deliveries from Manhattan stores. The company also offers special deliveries from restaurants that don’t deliver, or requests like bringing your dry cleaning to you, for $20.

To kick off its new focus, WunWun is also officially launching its iPhone app today, which offers a simple interface for requesting deliveries from its army of more than 200 helpers. WunWun is offering the app for 99 cents as a sort of “early entry fee” to its service, but it says that small fee could eventually go away.

WunWun’s new app is iOS 7 friendly, with plenty of white space, thin fonts, and very little visual clutter. Upon launching the app and setting up an account, you simply type in what you want (for example, “An iPhone charger”), and the request gets routed to a WunWun helper. The helpers stay in touch over iMessage to confirm the delivery and track their progress. 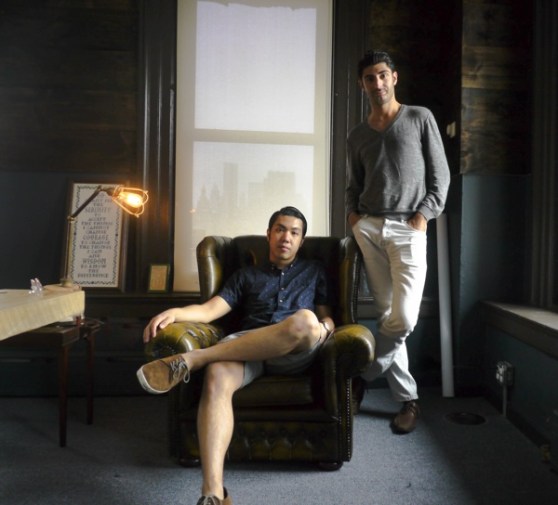 “In order to automate and scale, we needed to do one thing really well, and it’s going to be on demand delivery,” said Lee Hnetinka, WunWun’s co-founder and chief executive, in an interview with VentureBeat.

While admitting that the delivery focus makes WunWun even more directly comparable to startups like Postmates (which charges just $6 for deliveries) and TaskRabbit, Hnetinka tells me he’s seeing significant interest from brands who would like to get in front of consumers right when they’re looking for products.

“Let’s say you type in “Schick Razor,” based on key words brands can bid an “x” amount of dollars to show something within our app,” Hnetinka said. It basically brings what made Google’s AdWords so successful on the web into the real world. It’s all about target and contextualized advertising. “It’s about marrying brands to requests in real-time,” Hnetinka added.

It’ll be some time until WunWun is able to implement that brand integration, but it has the potential to be huge for the company. In discussions with brand executives, Hnetinka says he was floored to discover that many firms have marketing budgets that they just have to spend, otherwise they lose it. That means there’s plenty of room for brands to experiment with a service like WunWun (right now they’re dumping a lot of that marketing spend on ineffective banner ads).

When I sat down to chat with Hnetinka, he submitted an order to have two bananas delivered to our meeting room. 20 minutes later, and after a few short messages with a WunWun helper, we had two bananas in front of us. WunWun’s service has been impressing Manhattanites since it launched in January (including Rosie O’Donnell, who needed a juicer stat), but now with its free store deliveries the company can bring its service to people who don’t want to shell out for expensive delivery fees. (And those with more cash can pay the $20 fee for special deliveries).

WunWun has raised some seed funding, but it’s held off on raising a bigger round as it built out its service. The company now has eight full time employees (the helpers are hourly part-timers), and it’s moving into an apartment in SoHo, now that it has outgrown its co-working space. (WunWun was VentureBeat’s desk neighbor at the Fueled Collective, and I, for one, will miss seeing their helpers buzzing about.)