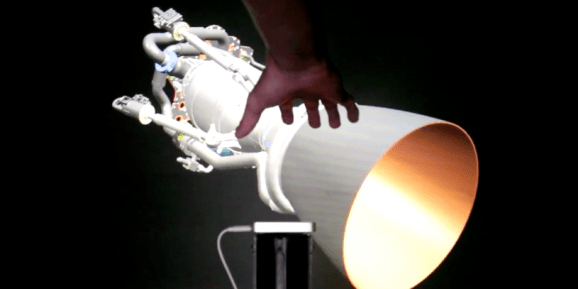 How does SpaceX create rockets that blast supplies and soon people into space cheaper and faster than NASA? As Elon Musk revealed yesterday, at least partially with Iron Man-style 3D immersive reality visualizations that designers and engineers can interact with in real time with natural hand gestures.

In other words, with what five years ago would have looked like science fiction.

But the science here is much more real than fiction. And the benefits, Musk says, are enormous.

“If you can just go in there and do what you need to do, just understanding the fundamentals of how the thing should work — as opposed to figuring out how to make the computer make it work — then you can achieve a lot more in a short period of time,” the serial entrepreneur who spawned PayPal, Tesla, and SpaceX says. 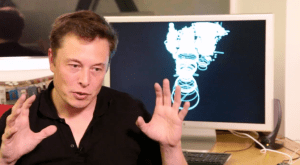 The team started a few months ago with an image on a standard computer screen that they could rotate, spin, and zoom with hand gestures, using what appears to be a Leap Motion device. They then moved to a full 3D computer aided-design model of the engine, again using a Leap Motion for the gesture control but projecting the image on a much larger screen. That allowed engineers to dive into the details of the actual CAD model of the rocket at a very fine-grained level.

Next, the team moved to 3D projection with 3D glasses and finally started using the Occulus Rift, which you wear on your head and provides what Musk calls immersive virtual reality that tricks your eyes into thinking the object is right in front of you.

In the video Musk demonstrates how engineers can use the system to examine a tiny part of the engine and make improvements. 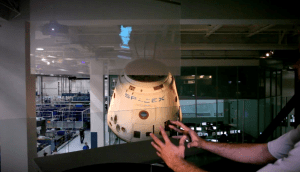 “You can really apply your intuition and take something from your mind to a physical object with far greater ease than we currently do,” Musk says.

And naturally, of course, once SpaceX engineers have designed a component, they 3D print it with a metal printer that prints with titanium, which it melts into place with a laser, building it up layer by layer for for full-size prototyping, testing, and further investigation.

What’s the impact of this change?

“It’s going to revolutionize design and manufacturing in the 21st century,” Musk says.