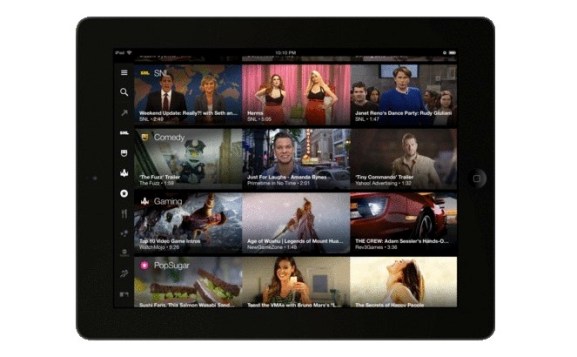 Yahoo is the latest big media company to start focusing on a second-screen video viewing experience with the release of its new Yahoo Screen mobile app today.

The move shows yet another company that’s banking on turning connected tablets and smartphones into the new TV viewing experience — one that doesn’t require remote controls and is much easier to access. For now, it doesn’t look like you can push this video content to your TV screen, but that could eventually change.

The app basically collects all the video content that’s currently distributed on Yahoo and packages it together via an iOS app. Some of the content you can find includes Yahoo’s slate of original web shows such as Jack Black’s Ghost Ghirls and John Stamos’ Losing It With John Stamos as well as the huge backlog of Saturday Night Live videos that Yahoo has an exclusive on, as VentureBeat previously reported.

Another big thing that Yahoo Screen has that could potentially draw in viewers? A new partnership with Viacom. That means the Yahoo app will have clips and episodes from The Colbert Report, The Daily Show, and other series from MTV, Spike, and others under the Viacom umbrella.