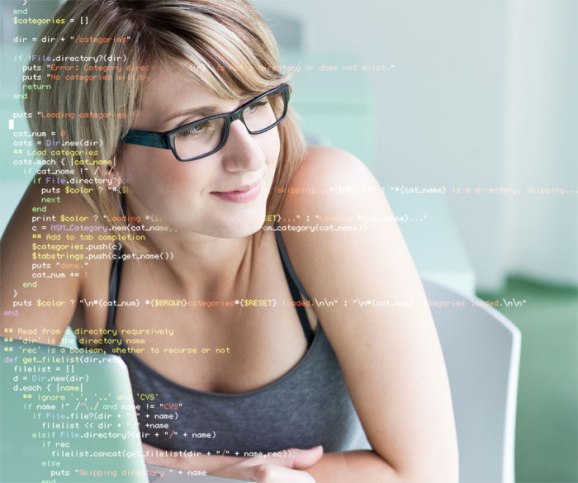 Johanna Brewer, Doctor of Information and Computer Sciences and co-founder of Berlin-based live music discovery app Freestyl explains why, in the wake of the recent TechCrunch hackathon controversy, we all need to address the still-persistent issue of sexism in tech in a more constructive way.

My friend @jcn was visiting me in Berlin this week, and one night, as nerds do, we got to discussing solutions for the seemingly intractable problems of sexism, racism, homophobia, etc. in tech. While comparing Twitter and Facebook streams, swapping articles, and poring over comment threads, he shared a brilliant insight:

The last time there was nuance on a message board was never.

Then TechCrunch Disrupt took a detour into raunch, and the Internet exploded. I’ve seen flame wars erupting between the two sides and, within closed circles, hundreds of like-minded friends shouting in agreement. There was definitely no nuance in the so-called discussions taking place. While staring into my computer, I was left feeling that I had never had a real conversation with somebody on the other side. And I began to think that’s because almost all reasonable people don’t actually believe what happened at TechCrunch Disrupt was okay. For the most part, no one will back up the terrible hacks presented. Yet, none of us seem to be affecting much change. So if we (mostly) agree, what’s going on?

I grew up in the Connecticut countryside as one of the oldest children in a sprawling, extended “old” family that was predominantly male yet known for its few strong female characters. My father is an engineer and entrepreneur; my mother (a one-time programmer) is the director of the domestic crisis center serving half our state. They gave me my first computer when I was five years old. I have been building, programming, and designing technologies ever since.

Fast forward 27 years later, and my CV will attest to my passion and privileged starting point. I have a PhD in Information & Computer Sciences from the University of California. I’ve designed mobile interfaces at Intel and done advanced scientific computing work at Massachusetts General Hospital and the Swiss National Super Computer. I co-founded my own music tech company where I am the lead (and, as of tomorrow, no longer sole) developer.

A thoughtful approach rather then shouting in the chorus

Most of my family is male. Most of my friends are male. But (you’re probably not going to be surprised by this), I’m a woman in tech, and so are my two co-founders. While it’s true that I’ve experienced sexism over the course of my career, I’ve also been incredibly lucky to have been born into a family and environment that nourished my love of all things nerdy. I got lucky, but I do know that other women have faced much stronger barriers. Yet, around me, there are so many good men and women who think we should start treating each other with a lot more dignity.

So instead of taking to the message boards and shouting in the chorus, I thought I could do my small part to take a breath, step back, and write something a little more thoughtful. Not just because of TechCrunch Disrupt, but also because of a question I received during a panel I was on during Berlin Music Week about diversity in the music industry.

Sexism is a problem we all have

A guy in the audience asked all of the female panelists why we hadn’t spoken out more about the recent proliferation of topless “DJs” in clubs. The question was well-intentioned, and as one of the few men who attended the session, I was happy to see him engaged. Yet it underscores a big problem: the discourse around sexism has become one of men vs. women, us vs. them, me vs. you. We don’t speak about sexism as a problem we all have. In earnest, I asked him why he hadn’t spoken up either. Because the truth is, we all need to do that a bit more, and we need to stop pointing fingers across gender lines.

No one wants their sister (or brother) to have rape threats posted on her (or his) wall. No one wants their daughter (or son) to feel uncomfortable and unwelcome because of a bunch of tasteless, banal bros (or chicks) making dirty jokes at an international tech event. This isn’t good for any of us, ever. This is a problem for all of us. No exceptions.

The only way we are going to move forward and stop circling back to this familiar discussion is to change our medium and mode of discourse. And for everyone, men and women, to talk about this together sensibly. I’m not going to shout on the internet. Instead, I’ll keep talking slowly and reasonably to everyone who wants to engage. But most importantly, I’m going to keep reminding everyone I can that sexism in tech is our problem and it would be awesome to fix it together.