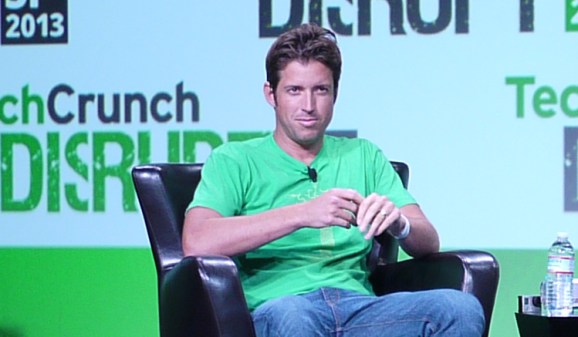 “I failed at my first business … a social game, but there wasn’t social [media]. I lost $4 million of other people’s money between the ages of 24 and 26,” said Woodman of his first foray into entrepreneurship.

For recovery purposes after that failure, he planned a 5-month surfing trip around Australia. That’s when he got the idea for a wrist-bound, rough-and-ready camera for filming his surfing adventures. He launched with $264,000, taking money primarily from his parents. He went international first, because those customers would pay up-front, giving him ample time to cover his manufacturing bills in Hong Kong.

Between friends and family and revenue from customers, GoPro became a runaway success.

What’s changed since then, Woodman said, is the number of services and the amount of support available to entrepreneurs. Avenues such as the blogging press, Kickstarter, and the rise of an army of angel investors have changed the landscape drastically.

“The slow bootstrap worked really well [for GoPro], and the smoke-and-tires approach worked for Pebble. … As long as you can bootstrap not at the sacrifice of competitive advantage, bootstrapping is a really powerful thing because it allows you to be totally devoted to your vision.”

In the end, GoPro took $2 million in funding from manufacturing powerhouse Foxconn, slightly delaying its IPO in favor of building a favorable relationship with a hugely important partner.

“GoPro is getting itself prepared for an IPO,” said Woodman. “Our growth is organic, our profit is organic.”