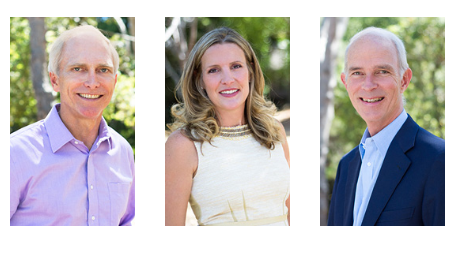 Three partners from Morgenthaler Ventures have spun out a new management company and raised an inaugural fund, dubbed the Canvas Venture Fund.

The managing directors behind the new fund, Gary Little, Rebecca Lynn, and Gary Morgenthaler, will continue to focus on early-stage software startups. They had intended to raise a hard cap of $150 million for Canvas, but they claim that limited partners were eager to invest, so they settled on $175 million.

“We already returned all the capital invested by the IT group in the last fund, so our LPs [limited partners] were confident we could deliver,” said Lynn.

The key difference between Canvas’s and Morgenthaler’s funds is that the former won’t invest in bio tech and life sciences.

It’s good news, however, for health IT startups, as Lynn is one of the most keen proponents for that sector. She’ll have additional funds to invest in all areas of health IT. Morgenthaler’s key health investments to date include Doximity, a social network for doctors, and Practice Fusion, a free web-based electronic medical record provider. The trio of investors have also made high-profile investments in Lending Club and Evernote.

According to a news release, the Canvas partners will continue to be partners at Morgenthaler and will split their time between the two funds. The Menlo Park, Calif.-based Morgenthaler Ventures has been around for over 40 years and raised a $400 million fund in 2008.