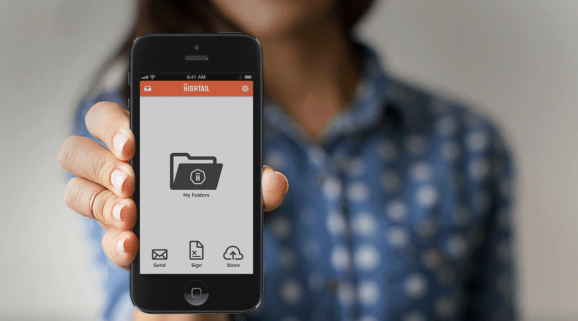 Hightail was attracted to adeptCloud because of its existing focus on security. The company hopes to introduce its technology in a way that doesn’t compromise the user experience, but still provides high-level file-sharing security that enterprises would trust. AdeptCloud’s technology lets you share files among computers behind your own firewall, without ever sharing the file with adeptCloud.com. Instead, the website acts as a dashboard where people can manage users, privileges, and more.

Hightail officially changed its name from “YouSendIt” in July in an attempt to distance itself from its “sending” routes. The company has grown to encompass more than just sharing services and competes directly with companies such as Dropbox, Microsoft Skydrive, Box, and others. It has 43 million users and has begun the process of opening international offices. A whopping 60 percent of its 43 million users are located outside the U.S.

Competitor Box, in particular, touts its security as it caters mostly to enterprises, which are generally concerned about where their data might wind up when storing it externally. The company, like Hightail, is focused on bringing consumer-grade experiences to the enterprise. This is a challenge when it comes to security, which often seems to get in users’ and employees’ ways. On the other hand, consumer apps tend to be easy and quick to use, but are not always safe.

Three of adeptCloud’s team members are joining Hightail, including the chief executive, the chief technology officer, and an engineer. Hightail was founded in 2004 and is headquartered in Campbell, Calif. AdeptCloud was founded in 2011 and raised $700,000 in 2012.