A new multifactor biometric system from FST21 that identifies known approved people as they walk up to a building or access point could have prevented something like the Navy Yard shootings that took the lives of 13 people in Washington, D.C., on Monday.

“There is a need to find a new paradigm for security and convenience,” FST21’s chief executive Aharon Farkash — a former general in Israel’s military intelligence arm — told me today. “All of the technologies that we use today are individually insufficient.”

FST21, which recently won an award from the security industry association ASIS for its In Motion Identification system, instead combines multiple technologies with as many as eight different identification schemes to achieve 99.7 percent accuracy, even when up to 100 people are approaching an entrance simultaneously. 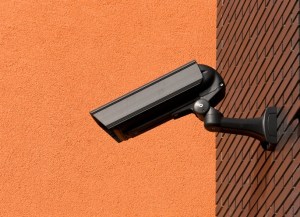 Above: Traditional CCTV cameras are not powerful enough, FST21 says.

The difference is not just that the system identifies people on the go. It’s also that there is no key or card to steal or fake.

“The information we have on the Navy Yard shootings is that he used someone else’s ID card,” Farkash said. “This cannot happen with our system, because you must be identified … with second-generation biometrics, you are the key … your body is the key for your building.”

FST21 combines facial recognition techniques with height, gait, length of limbs, voice characteristics, and other physical identifiers with behavioral characteristics such as how you walk, where you enter from, what time you typically arrive, and more.

The system, which uses high-definition cameras in places of standard CCTV cameras, connects the footage to an onsite electronic brain that learns your behavior automatically. Guards can optionally watch footage in real time as the system identifies known personnel, who are visually tagged onscreen with their names in green if “known good” and red if “known bad,” and also highlights unknown individuals.

The system works for high-traffic locations such as train stations as well as major office buildings, Farkash said.

“There is a need for in-motion identification,” he said. “We can deliver security with convenience, for sometimes hundreds or thousands of people.”

First-generation biometric systems sometimes use fingerprints or iris prints, often in conjunction with an access card. But neither are 100 percent foolproof, Farkash told me, and cards can clearly be stolen or forged. A combination system, he argues, with multiple data points coupled with an intelligent system that learns individual people’s bodies and voices is much more robust and reliable.