If you’re geeky and well-read, you probably said Atlassian, makers of Jira and other software development tools. But you probably stopped right there. Health Engine? HiSeis? Canva? Agworld? iCetana? I drew a blank on those too.

But there is a startup scene of sorts in Western Australia, and now Boundlss, a sort of big data of behavior or Google Analytics for people, has measured it and mapped it.

It’s small, as you might have expected, with just $32.8 million invested over the past five years and just $5.66 of VC money per capital in major cities such as Perth — which compares to $3,945 per capital in Silicon Valley, the global capital of startups. But the fund pool is growing, with $70 million known in VC funds currently and an estimated upcoming deal flow of $14 million annually. 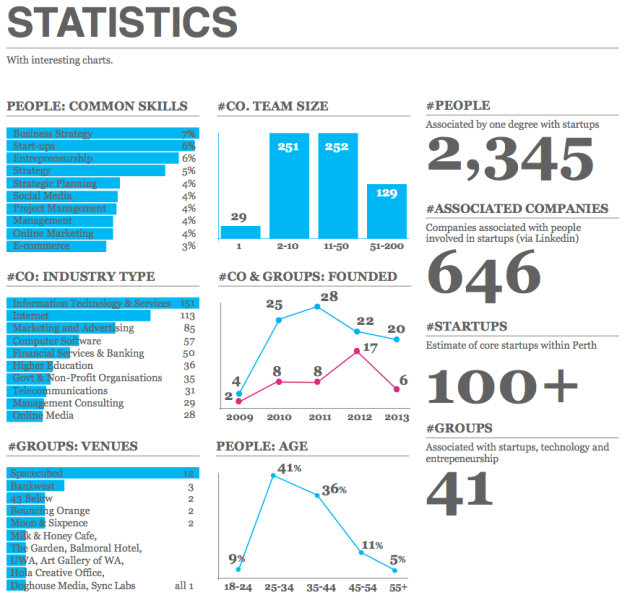 However, there must be something good happening in Australia, as some known players are entering the space, including Qualcomm Ventures, Golden Gate Ventures, and of course the much-loved Aussie telco, Telstra.

Some of the things the local community needs to work on, according to the report authors, include a more centralized ecosystem where ideas and collaboration can flourish — sort of like a Geekdom in San Antonio or a RocketSpace in San Francisco, perhaps. In addition, the community needs more hero stories — such as Atlassian, or Chomp, the app search tool started by Perth-based founder Cathy Edwards and bought by Apple for $50 million. 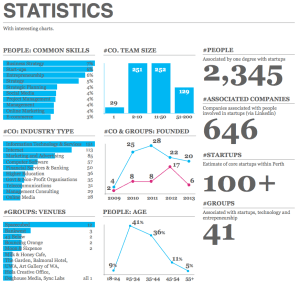 “Perth’s startup ecosystem is much like a startup: in its early stage of growth, with lots of energy and limited resources,” the report says.

Perhaps a more pressing problem is that the number of students in computer science programs across Australia is dropping, and dropping rapidly, the report says. That’s a core problem that will kill any startup ecosystem, as new talent flooding the scene with new ideas — and the skills to implement them — is critical to any wannabe startup hub.

And, typical of emerging hubs, there’s an increasing need for mentors, the been-there done-that types who have built technology, raised money, created companies, and successfully exited. Those entrepreneurs are also great sources of angel investment — a la the PayPal mafia in Silicon Valley — that spur further innovation. That angel investment, unfortunately, is sorely lacking in Australia.

The full report is available from Boundlss.