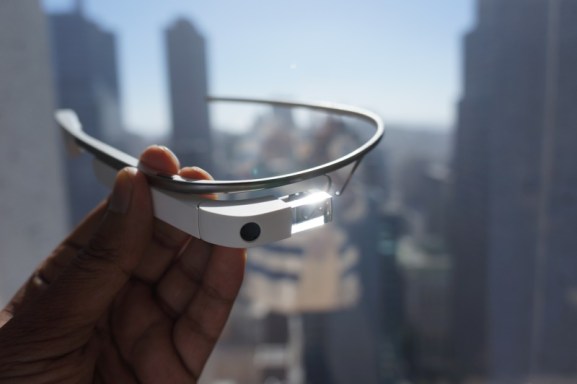 Greg Kostello is the CEO and founder of Givit.

Glass is the first “on your face, always on, always available” wearable device.

My company, Givit, develops a mobile-video-creation, sharing and discovery app for iOS, and our newest extension is a companion app for Google Glass, available to all members of the Explorer Program. We are fervently spending as much time as possible using Glass in the real-world to truly understand it (and to adjust our Glass app accordingly).

After one month with Glass, I’ve recorded more video than I did in six months of using my iPhone. The device is a perfect extension of other day-to-day activities including taking photos, web browsing, navigating maps, and more.

In my first month using Glass here is what I’ve learned.

Glass is great if you are a geeky extrovert

If you like meeting people and talking tech, Google Glass is the perfect ice breaker. There is nothing like Google Glass to make complete strangers engage you in a conversation.

At Comic-Con, Glass became a focal point for dozens of people to stop me and ask me about the experience, how I came by the device, and what it’s like to wear it throughout the day. I was more than happy to answer their questions — only wearing bright orange eyewear can be strong enough to make someone stick out in a crowd among enthusiastic, fully-costumed convention goers. Demos now come naturally, so much so I’m frequently asked if I can help people buy their own Glass or if I work for Google (which I do not, but Givit does is an early-stage developer for the device).

The same excitement early adopters experienced when picking up the first iPhone or original iPad only mimics a small amount of the intense fascination a Glass explorer experiences wearing the device out and about. Whether at a tech conference or browsing a venue like the San Diego Zoo, reactions range from curiosity to amazement to “can I buy it now”.

Glass works two ways, either by issuing verbal commands or touching and swiping on the right side of the headset.

Glass’s voice recognition was very good — much better than Siri. Quiet environments better suit the verbal commands than do crowded areas, though. In the right conditions, using voice commands and texting are great. If not, using the swipe navigation provides a solid alternative.

Imagine if you’re running late for a meeting – the Glass user can simply dictate the command “OK Glass, send a message to [recipient]. I’m running late, see you soon.” As soon as they respond, you receive their response complete with their Google Plus profile image. This feature makes inbound messages more personal, while not distracting from the task at hand. Of course, this is never something to try while driving.

Glass’ amazing responsiveness allows you to send text messages verbally, answer phone calls, navigate a new city, and even learn basic phrases in a foreign language without having to pull out your smart phone and engage an application. The images and text appear before your eyes without interrupting conversation or walking. Perhaps my favorite feature is the projected maps in unfamiliar territory — without local knowledge of a neighborhood, you can instantly find your way.

For activities such as composing longer messages or emails, playing immersive games, or composing documents, a smartphone or tablet will still be the best solution. In this way, Glass is to your smart device what a mobile gadget has become to a laptop — it doesn’t replace the device, but rather enhances the experience it provides and makes technology fit even more seamlessly with day-to-day life.

People are worried that more technology disengages us from real human interaction, but Glass is the first mobile technology that makes it easier to be more engaged because the distraction-time to engage with Glass is much less than engaging a phone or tablet for a task.

Push notifications from apps have become a nuisance to the face-to-face conversation, constantly drawing attention away from the people we speak and meet with every day. Even on vibrate mode, the constant buzzing in your pocket can distract from the conversation being had face-to-face. Because Glass projects its notifications in front of you, the user only has to glance away for a second to see the notification, far less time than physically picking up your smart phone and addressing an alert. With Glass, notifications can be catalogued with a quick upward glance to keep the conversation uninterrupted.

Glass is the most photo and video friendly device I’ve ever used.

Say “OK Glass, take a picture” or simply reach up and tap the photo button to take a quick snap. Nothing I’ve tried is simpler, more intuitive, or faster, and taking a video is just as easy. This ease of use naturally encourages the Glass user to take even more photos and videos than with a smart phone, increasing desire to share captured multimedia as well.

The power to photograph or record the world as you see it — and even add a quick monologue — simply becomes a natural process. Just record, watch, and speak and you are creating your own documentary. If you don’t like the first take, just capture another in moments. It quickly becomes second nature.

I try to always ask people if I can take their video or photo with Glass while wearing the device. Although in public the expectation of privacy is virtually non-existent today, it’s a proper courtesy to still ask for permission. The majority of people I ask are more than happy to have their image captured or recorded for the sheer excitement of the experience first-hand. As wearable technology emerges in a big way over the coming months, the initial aversion will eventually succumb to general acceptance and excitement. The fears of invasive recording will ultimately subside.

Instances like attending a movie or visiting the restroom are exceptions to this rule. A simple solution I’ve found is to simply prop up Glass on top of my head, making the only footage that could be captured of the ceiling. Wider consumer adoption will ultimately yield a more formalized etiquette for wearable technology as it enters the mainstream.

I look forward to the day when instead of holding smartphones up during concerts, everyone just turns on Google Glass so we can all watch and enjoy the concert without a sea of LEDs to distract us.

Greg Kostello is one of the earliest independent video developers for Google Glass. His company, Givit, a DEMO Fall 2012 Alum, is a powerful yet easy-to-use video creation, discovery and sharing app for iOS.