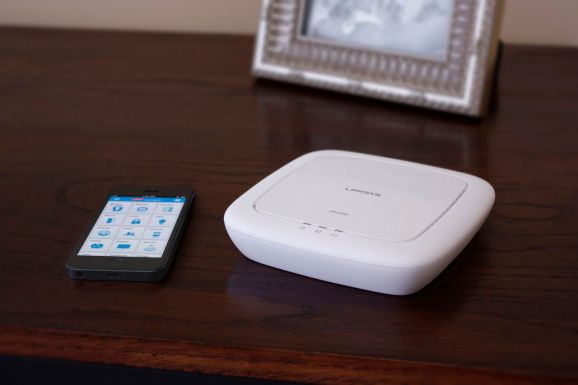 The smart home is about to get a big push into the mainstream, thanks to Staples.

The company, which is the second-largest online retailer behind Amazon, is teaming up with software company Zonoff to launch Staples Connect, a smart home platform that could finally bring the idea of the connected home to the mass market.

Doing so, however, won’t be entirely easy. As Staples category merchant Peter Gerstberger told VentureBeat, his company’s first challenge is education: To get people to spend hundreds of dollars on new smart home devices, Staples first has to give people a reason to be interested in the concept of the smart home. That’s a job for marketing, and in particular the interactive in-store display Staples plans to launch in November. 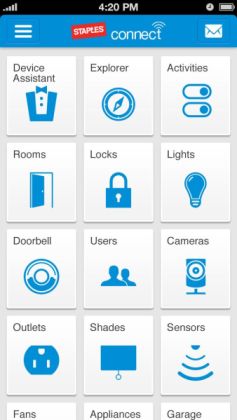 Above: Staples Connect will let a wide variety of connected devices talk with each other in a seamless way.

“People will only start caring about this when we start giving them scenarios in which the technology is going to make their lives easier. We have to move it away from a novelty and closer to utility,” Gerstberger said.

To do so, Staples will split its Staples Connect platform into three main product groups — “lighting,” “environmental control,” and “security and monitoring” — each of which will offer customers a different so-called “entry point” into the smart home ecosystem. (All of these devices will connect to a Linksys-made smart home hub.)

Parents looking for a way to keep tabs on their baby, for example, would be interested in the combination of connected cameras and window sensors. Home theater buffs, on the other hand, would be more interested in devices like the auto-dimming Philips Hue lightbulbs and the Lutron automatic shade. The possibilities are pretty extensive, especially considering that the platform will support at least 20 devices when it officially launches.

“The complexity of the use cases is only going to grow, and the interoperability between brands is really what’s going to build this out over time,” Gerstberger said.

Gerstberger and Harris wouldn’t say this outright, bit it’s clear that, if Staples’s experiment goes right, the first devices you buy through Staples will be gateway drugs into even more smart devices.

But fueling consumers’ smart device addiction is only useful to Staples if it can ensure that its connected lights, locks, and outlets talk to each other — and that’s exactly what its partnership with Zonoff allows it to do.

That’s huge. At a time when the Internet of Things looks more like a while bunch of Intranets of Things, Staples Connect is exactly the sort of push the smart home industry needs right now.