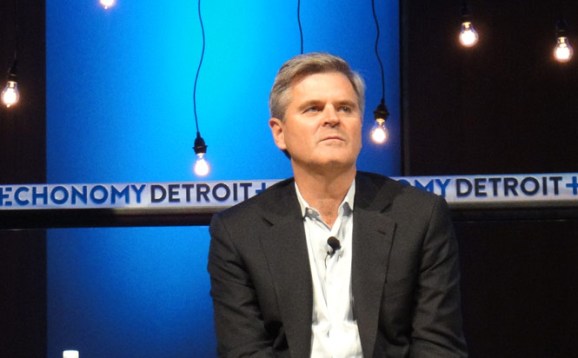 Revolution Ventures has raised a $200 million fund, which the firm said is the “largest first-time venture fund outside of Silicon Valley since the 2008 financial crisis.”

Qualifiers aside, this sizable fund is built around founder Steve Case’s idea of “the rise of the rest.”

“We are finding entrepreneurs all over the country — what we call the ‘rise of the rest,'” Case said in a video. “It is easier to get started fewer people and less capital now, and you can choose where you want to live, where you want to start your company. Part of the bias of the fund is to identify those entrepreneurs in off-the-beaten path places.”

Case is the former CEO and chairman of AOL. He founded holding company Revolution LLC in 2005 to invest in companies and entrepreneurs that are “attacking” traditional industries. The firm’s approach is to invest larger amounts of money in fewer companies and help grow.

Revolution Ventures expects to make around 20 investments over a three- to four-year period. Four of the investments that Revolution LLC has already made will move into the Ventures portfolio —  BenchPrep, Booker Software, Homesnap, and RunKeeper.

The holding company also includes Revolution Growth fund, which Case founded in 2011 to invest “speed ups.” The strategy with this $450 million fund is to concentrate money on 10 to 12 companies, making investments of $25 million to 50 million, and help them achieve mainstream adoption or leadership in their market. The DC area firm is focusing its investments in the Eastern part of the U.S. Portfolio companies include FedBid, Living Social, Zipcar, Optoro, and HelloWallet.

Revolution Ventures is based in Washington, D.C., with an office in San Francisco. Case formed this fund with Tige Savage and David Golden. He founded Revolution Growth Fund with former AOL execs Ted Leonsis and Donn Davis. Leonsis is also backing this fund.