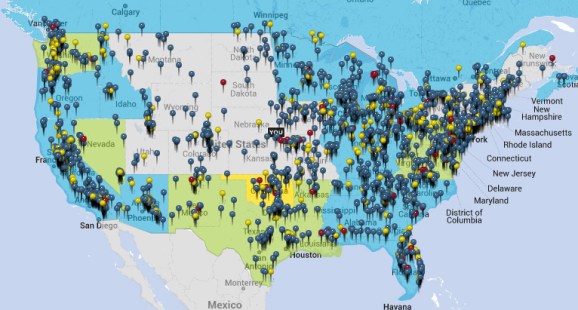 A plea to the flu: Please spare us while the government remains shut down.

The U.S. Centers for Disease Control and Prevention (CDC) is running on a skeleton staff, with 68 percent of its workforce furloughed due to the ongoing government shutdown, according to a contingency plan document on the Department of Health and Human Services’ website. That means no in-depth tracking of seasonal flu activity, foodborne illnesses, or other outbreaks (measles, hepatitis A, and others).

A tweet from CDC director Dr. Tom Frieden lays out the stakes:

CDC had to furlough 8,754 people. They protected you yesterday, can't tomorrow. Microbes/other threats didn't shut down. We are less safe.

State-wide public health services should be able to pick up some of the slack, but they’re not centralized enough to offer a full picture of what’s happening nationwide. So what’s a hypochondriac to do? Crowdsource it, naturally.

“Crowdsourced information has been proven to be effective in many public health emergencies and other crises,” Skoll Global Health Threats director Mark Smolinski told VentureBeat. “With today’s technology — via the web or mobile phones — we can truly monitor threats at the population level in near-real time.”

While crowdsourced data presents some security and reliability concerns, it’s the best way to keep people informed and safe during flu season in the absence of official alerts. Here’s a rundown of some of the services out there:

Above: Google and U.S. flu data compared over a six-year timeframe.

HealthMap, a crowdmapping service administered by Boston Children’s Hospital, aggregates data from sources like the World Health Organization and places it alongside crowdsourced user data. It offers more specific maps (like FluNearYou, a partnership with Skoll Global Health Threats) for a myriad of maladies.

The media relations contact at the CDC is out of the office on furlough, according to an automated email response from the CDC. Calls to CDC crisis communications specialist Barbara Reynolds went unanswered.

There are tons of crowdsourced health services on the web, so be sure to give us a shout in the comments if we missed your favorite!