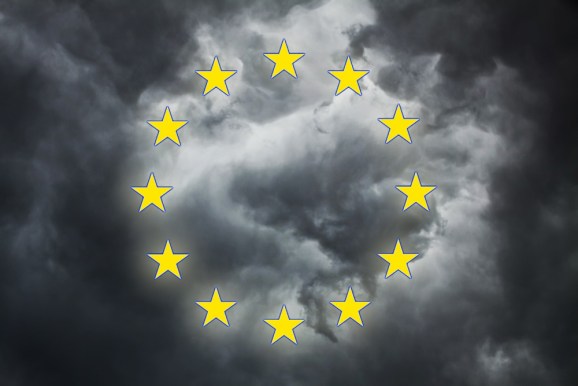 It’s not always clear where data travels on the Internet, but with American cloud providers like Amazon Web Services and others powering a sizable chunk of the modern web, there’s a fair chance the National Security Agency can examine and store your data — even if you live across the pond.

To protect its citizens from inquisitive American observers — a hot topic in the European Union capital of Brussels following the string of revelations from NSA leaker Edward Snowden — European policy makers have proposed a number of cloud-related amendments to digital privacy regulation introduced last year, reports the New York Times.

Among the amendments put forward, one would require all data transfers from a cloud inside the E.U. to a cloud maintained elsewhere to “be accompanied with a notification to the data subject of such transfer and its legal effects.”

Another amendment would bar such transfers entirely unless the subject of the data provides consent after being “informed in clear, unambiguous, and warning language” to “the possibility of the personal data being subject to intelligence gathering or surveillance by third-country authorities.”

A number of proposed amendments present conflicts between European and American laws. One would impose sanctions on companies that provide data to American law enforcement agencies if their actions violate European privacy regulations.

It’s unlikely the European Parliament will pass all of these cloud computing amendments, but there appears to be a general consensus among European lawmakers on the need for more secure, transparent handling of data.

“We need to realize that European citizens will not embrace the cloud if they are worried for their privacy or for the security of their data,” said Neelie Kroes, the European Commission vice president in charge of telecommunications and information policy, in a statement.

American cloud providers stand to lose out on billions due to the Snowden leaks. According to a recent estimate from the Information Technology and Innovation Foundation, the U.S. cloud industry could suffer $22 billion to $35 billion in lost revenues over the next three years due to surveillance concerns. (More on that from VentureBeat’s Dylan Tweney here.)

Simultaneously, the leaks present a sizable opportunity for privacy-minded cloud providers like the “PRISM proof” Egnyte or Switzerland’s Artmotion, which reported a 45 percent increase in revenue the month following the first NSA leaks.

The Snowden leaks might have delayed the shift to the cloud, but it won’t be stopped — and countries with common-sense data policies stand to benefit.