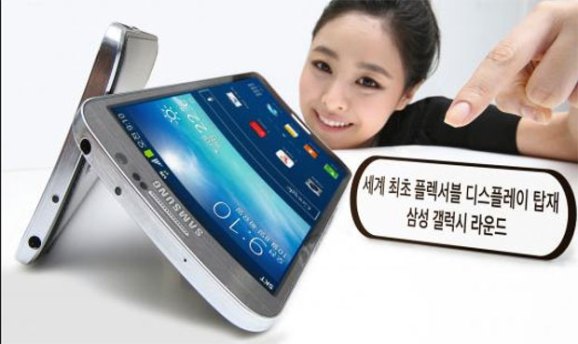 Samsung’s rumored curved screen phone is here — and no, it still doesn’t make any sense.

Samsung tonight officially announced the Galaxy Round, what looks to be a slightly tweaked Galaxy Note 3 with a slightly curved 5.7-inch display.

But if you’re looking for reasons why Samsung is diving into curvy screens, you’ll have to sit tight for a more lengthy explanation. As the Verge notes, Samsung says the phone will have a new “Round Interaction” feature, allowing you to peek at its battery life and notifications by tilting the phone while it’s on a flat surface. The curved screen could also make the Galaxy Round easier to hold than other phablet-sized phones.

Rumors also point to LG debuting a curved screen smartphone soon. Samsung also included a slightly curved display in the Galaxy Nexus a few years ago, though it looks like the curve is more significant in the Galaxy Round.

For the most part, it seems like these upcoming curved smartphone screens will be more of a novelty than truly compelling. But they’re paving the way for more intriguing screen shapes down the line — potentially even truly flexible displays.