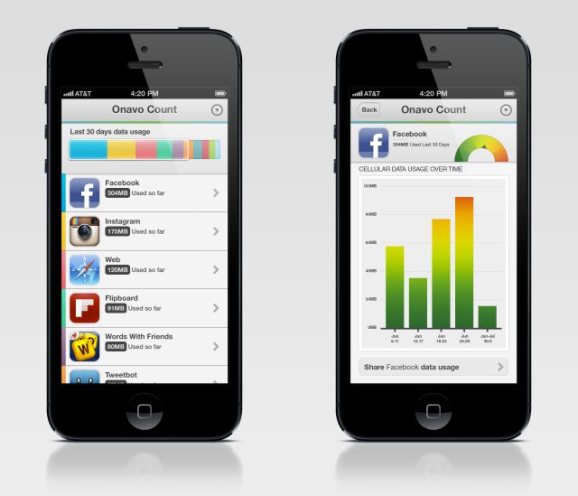 Onavo Count, an app for tracking your mobile bandwidth.

Here’s one way Facebook and its Internet.org partners will help to connect the next 5 billion people.

Facebook announced last night that it has acquired Onavo, an Isreali company that has developed apps to compress mobile data and save money on your cellphone bill. Earlier this year, Onavo also launched an analytics product that offers up details on how specific mobile apps perform.

The company will be keeping its offices in Israel, and Facebook says it will also be its first foothold into that hot startup location.

“We’re excited to join their team, and hope to play a critical role in reaching one of Internet.org’s most significant goals – using data more efficiently, so that more people around the world can connect and share,” said Onavo’s founders, CEO Guy Rosen and CTO Roi Tiger, in a blog post today.

Onavo’s core technology uses proxy servers to reroute and compress your mobile data. The company also offers standalone apps like Onavo Count, which claims to offer a more accurate view of your data usage than other apps. The company’s Insights product is particularly interesting — with its close view of how exactly people use apps, it can reveal things like retention and usage figures that normally only the publishers themselves can access. Making that information a bit more public is valuable for the competition (and reporters like me).

“We expect Onavo’s data compression technology to play a central role in our mission to connect more people to the internet, and their analytic tools will help us provide better, more efficient mobile products,” a Facebook spokesperson said in a statement.

While it’s not hard to see Onavo’s value to the Internet.org progress, a widespread effort to bring connectivity to developing countries, it’ll be interesting to see how Onavo’s users respond to their data going through Facebook’s server. Onavo’s technology always raised some privacy concerns — you’re allowing your data to pass through their servers (while encrypted and secure) in exchange for slightly lower mobile data rates. In the hands of Facebook, which can bring that technology to hundreds of millions of users, Onavo’s technology seems even more troubling.