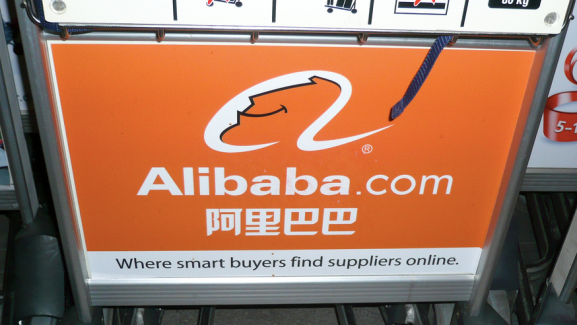 Rumors of an impending Alibaba initial public offering continue to sweep the Internet, and private company intelligence firm PrivCo just added fuel to the fire by flinging open the doors on its proprietary research on the Chinese company.

“Alibaba’s growth has been nothing less than breathtaking,” PrivCo CEO Sam Hamedeh told me via e-mail. “Based on PrivCo’s exclusive private company financials of Alibaba, yet-to-file for its IPO, PrivCo conservatively values the company at $110 billion, making founder Jack Ma’s over 30 percent stake worth more than $33 billion. It’s one of the most stunning self-made billionaire entrepreneur success stories China has seen in a generation.”

Alibaba, the company says, will look to raise $18 billion to $25 billion dollars in January or February IPO. Yahoo, of course, would also stand to benefit enormously, at it owns almost as much of Alibaba as Ma does — 24 percent.

“Growth in operating profit has been the most impressive metric thus far,” PrivCo says. “It is projected to have grown at a 216 percent CAGR [ compound annual growth rate ] between fiscal years 2011 to 2013, beating even revenue’s 70 percent growth rate.”

Alibaba works, and works well, by locking hundreds of millions of customers into its linked web properties.

The company is composed primarily of Tmall, which manages e-commerce operations for thousands of companies in China, and Taobao Marketplace, a rough equivalent of eBay. All payments are handled by Alipay, the company’s own payments processor, and Alipay has over 700 million registered users, who purchased over $3 billion worth of goods in a single day last year.

In 2012, Alibaba moved $157 billion in gross merchandise volume — or 1 trillion RMB — saying it was the biggest e-commerce company on the planet. That compares well to eBay, which today said that in the last 12 months it has enabled $200 billion worth of commerce.

The company’s growth rate is slowing as it continues to grow, naturally, but remains high, at a projected 61 percent in 2013, with an enviable 75 percent growth in gross margin to boot.

Alibaba just bought a significant stake in ShopRunner, an Amazon.com competitor, and an equivalent of its Tmall. ShopRunner manages e-commerce operations for companies such as American Eagle, Anne Klein, Brooks Brothers, Domino’s, ESPN, GNC, and major league sport such as MLB and the NBA.