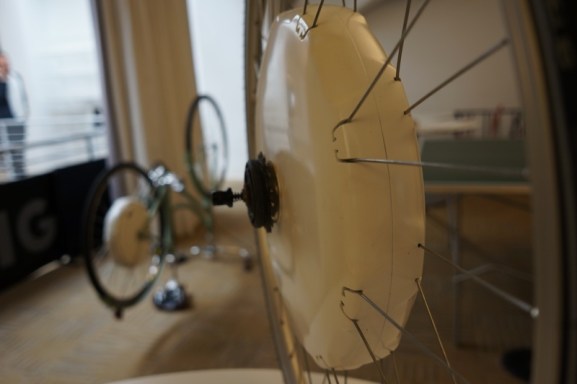 FlyKly's Smart Wheel turns any bike into an electric bike.

Forget those clunky electric bike conversion kits — FlyKly’s new Smart Wheel is a simple (and stealthy) way to add some juice to your existing bike.

The New York City startup, originally known for its cheap electric bikes, is today launching a Kickstarter campaign with a $100,000 goal for the new Smart Wheel, with the hopes of getting into production by December.

Replacing your rear bike wheel with the Smart Wheel can help you reach speeds of up to 20 miles per hour with a range of 30 miles. It also works together with iPhone, Android, and Pebble smartwatch apps to control your speed, offer statistics, and most helpfully, serve as an anti-theft solution. The apps can lock the wheel from functioning, and they show the bike’s location via GPS in case it gets stolen. 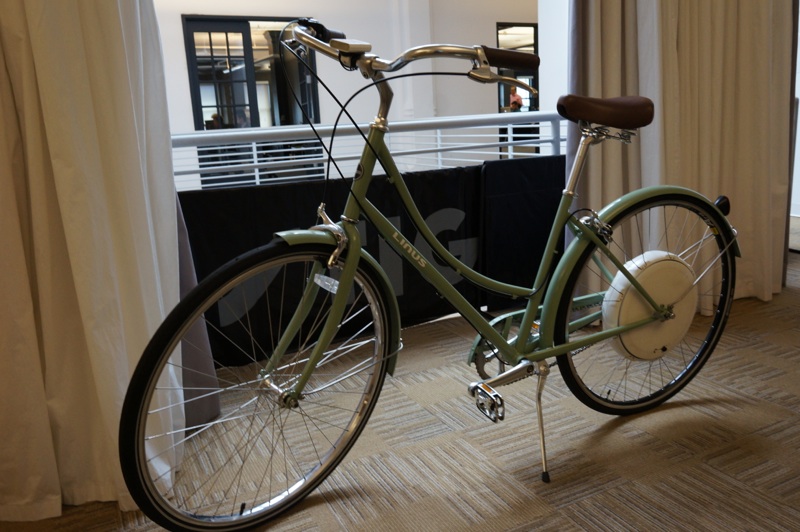 FlyKly is coming off of a successful run with its original electric bikes, which launched two years ago and also led the company to launch a store in Barcelona. But those bikes were difficult to maintain because they required the company to keep more than 500 spare parts on-hand, according to Niko Klansek, FlyKly’s cofounder and CEO. The Smart Wheel, on the other hand, needs only five spare parts. He also points out that many people were more interested in upgrading their existing bikes, rather than paying thousands of dollars for something completely new.

The Smart Wheel will be available in 26-inch and 29-inch sizes, and it weighs just 9 pounds. That’s a few pounds more than typical bike wheels, but significantly less than electric bike kits (which can reach 15 to 20 pounds). It charges in 2 – 3 hours by plugging into any electrical outlet, and it also recharges slightly when pedaling downhill.

To guide you through dark streets, FlyKly is also developing a Smart Light that is powered by kinetic energy from your front wheel. The Smart Light also sports an adhesive surface to hold your phone in place.

While I’ll hold off final judgement until we see how the Smart Wheel actually performs, it’s hard not to get excited by what FlyKly is working on. It’s one step towards making electric bikes available to everyone, and it’s a major leap towards making our bikes smarter.

Check out a demo of the Smart Wheel with Klansek below: