It’s not just the the NSA or FBI that today’s kids have to worry about snooping on their phones and tracking their locations. Their parents are doing a fine job of that all on their own, thank you very much.

A new Harris Interactive poll finds that 65 percent of kids aged 8 to 12 say their parents check their smartphone, while a third of their parents track their locations. Those numbers go down with age, but even up to 17, 43 percent of parents are checking their kids’ phones, and over a third, 35 percent, are doing it without their kids knowledge.

As a parent of two teenagers, I find that interesting. I haven’t actually ever checked my 17-year-old daughter’s phone, with or without her knowledge, but I can imagine circumstances in which I’d be sorely tempted.

Here’s all the data: 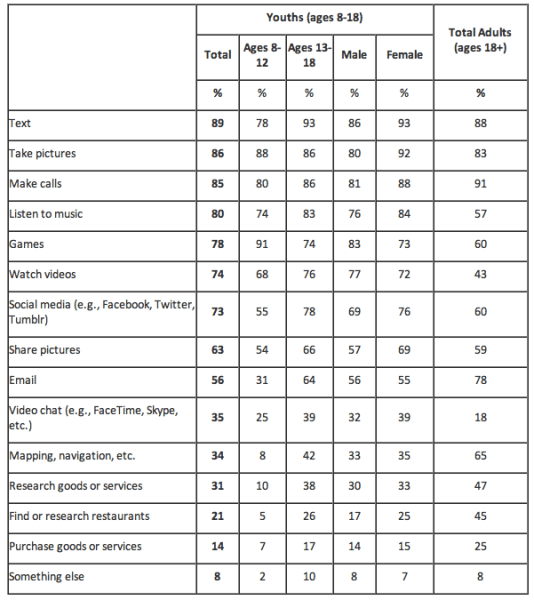 The media-fueled furor over sexting and other smartphone infractions has certainly had an impact on parent’s behavior with their kids’ mobile devices, but just four percent of teen’s texts involve adult or sexual content, and only two percent contain images. Another two percent of texts from teens contain references to drugs, according to TxtWatcher, which makes a parental spying app that allows parents to keep an eye on what their kids are communicating.

According to Harris, A quarter of kids under 17 have a “smartphone contract” with their parents governing what they can or can’t do, and another 19 percent have a curfew after which the device must switched off. For those under 12 with passwords on their phones, just under half must share them with their parents.

Almost half of kids are texting while in class, parents believe, while slightly fewer kids actually admit to it. Which doesn’t, of course, mean that the texts aren’t about legitimate schoolwork questions — although most schools will confiscate devices used in class for a day or two.