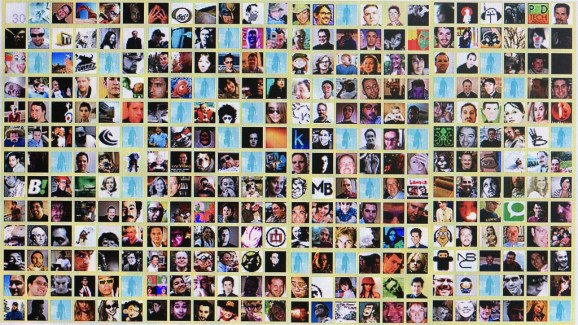 In January, the company said that it was planning to switch from 32-bit user IDs to 64 bits, which massively multiples the number of user accounts the social network can store. Today, that change happened.

Ostensibly, the need to update is simply to have enough room for user growth. Facebook made the move to a 64-bit user ID way back in 2007, as now Path CEO Dave Morin posted. Realistically, of course, 32 bits is plenty of room for most of the people on the planet, and many times more than Twitter’s current userbase, which is perhaps 750 million accounts with about 200 million active users.

But social networks such as Twitter and Facebook can use the ID field in their databases for additional identifier information beyond a simple number, taking up extra space.

What’s interesting about the update is that it not only says that Twitter wants to future-proof its database and system architecture for massive growth, but that the company may be seeing a future in automated tweets come from smart devices. While automated accounts have traditionally been a big no-no in Twitter’s ecosystem, the company has been experimenting with multiple automatic Twitter solutions recently.

Those include Magic Recommendations, which gives you regular updates on who might a good person to follow, and Event Parrot, which sends breaking news by direct message.

That could be just the beginning — you could envision a future in which your house tweets that it has been broken into, your fridge tweets that it’s low on milk, or your toaster tweets that yes, your toast is done. That’s obviously a little silly, but the point is that any smart connected device could feed into the twittersphere.

And now Twitter has the user ID space to make it possible.