Facebook has been pounding away at mobile, leaving no platform behind and rolling out updates fast and furious.

And here’s the payoff: One year after hitting the one billion users mark, the social network is creeping up on a mind-blowing milestone: one billion mobile users.

Specifically, that’s monthly active users, or MAUs. In Facebook’s quarterly earnings report, we read that mobile MAUs were 874 million as of September 30, 2013, an increase of 45 percent from this time last year. 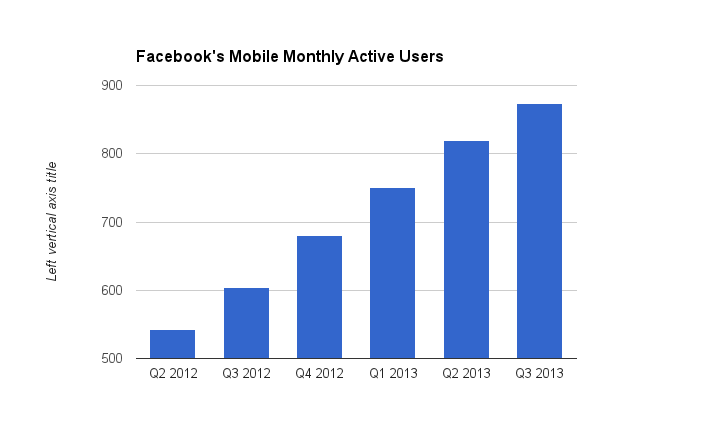 That one billion mark doesn’t seem so far away, does it? Just 14 percent growth would get Facebook to 1 billion mobile MAUs.

Here’s how they did it:

And all that mobile mayhem adds up to one gnarly bottom line: $880 million in mobile revenue for the past three months alone.