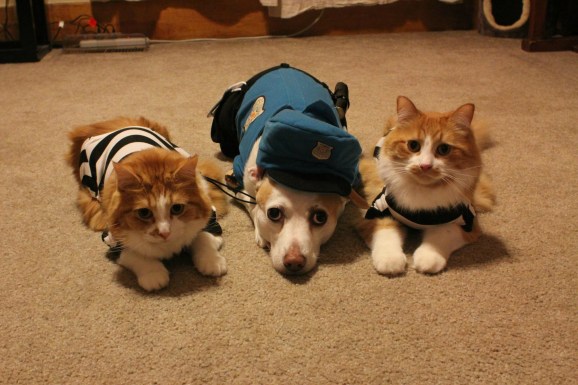 There was literally so much funding news announced today, we didn’t actually have time for a properly goofy introduction paragraph before we launch into all the deals. (You’ll just have to settle for the adorable puppy/kitty photo above.)

Linio, which positions itself as the ‘Amazon of Latin America,’ is soaking up $50 million in new funding to continue its growth. The e-commerce platform features a wide range of electronics, jewelry, toys, health and personal care, clothing, books, sporting equipment, and more. Read more on VentureBeat.

Coho Data, a Canada-based startup that just recently came out of stealth, announced a $25 million Series B round of funding today led by Ignition Partners. The startup combines flash memory with traditional disks storage to better maximize space, efficiency, and low prices to customers. Read more on AllThingsD.

Betable, which makes a platform to convert mobile social casino games into real-money gambling titles, announced that it has raised $18.5 million in a new round of funding let by Venture51. Read more on VentureBeat.

Sprinklr, a startup that helps enterprise-level clients manage social media activity, has raised a fresh $17.5 million round of funding led by Battery Ventures and Intel Capital. Founded in 2009, the New York-based startup has now raised a total of $37.5 million in funding to date. Sprinklr said it plans to use the new capital to expand operations in Europe. Read more via Sprinklr’s press release.

In the tech world, 17 years is an awfully long time to operate without receiving a single penny of institutional investment. But that’s exactly what cybersecurity company IID (Internet Identity) did, growing to 65 employees solely on revenues. Founded in 1996, the company today accepted its first venture capital funding: an $8 million round from Bessemer Venture Partners. Read more on VentureBeat.

CyPhy, a company that builds flying robots got $7 million today to, well, build freaking flying robots. The company creates autonomous flying robots that CyPhy (which stands for cyber-physical) says has unlimited power supply,  high-definition video, secure communication to send data back to you, and cannot be “jammed.” Read more on VentureBeat.

Phizzle sizzles with $5M Series B

In its second round of institutional funding, San Francisco-based Phizzle has raised $4.9 million. Good thing that name hasn’t yet proven to be a self-fulfilling prophecy, right?! Those folks are just tempting fate. And investors. The cash comes from Alsop Louie Partners, angel Rich Geruson, and others. The Phizzle platform includes “marketing automation and fan relationship management” for performing artists. Check out the full filing.

UK-based Aria Networks took a $4 investment round from Seraphim Capital to drive new growth globally. The company makes “capacity management software” for telecoms and cloud services providers. Recent partnerships have opened access to new markets, the company says, which it will now be able to expand into. The company also appointed Stephen Newton, who was part of the management team that took billing software startup Geneva Technology to a $700 million acquisition, to the board of directors. Read more on Aria Network’s website.

Sentiment-analysis shop Kanjoya is on the prowl, y’all! This startup is more than halfway subscribed for a proposed $7 million round of funding. Founded in 2007, the San Francisco-based crew specializes in “emotional engagement for digital marketing.” To us, this sounds like that moment when you unexpectedly start crying at a sappy ad for the Olympics, but in reality, it’s all about taking unstructured data and turning it into return on investment. Pass the Kleenex!

Zola grabs $3.5M to help newlyweds get the gifts they want

Zola , the startup that helps couples get stuff they actually want, has raised $3.25 million in its first round of funding to grow its wedding registry for the “modern couple.” Read more on VentureBeat.

Zemanta, a startup that makes tools and platforms for online publishers, has secured a new $2 million round of funding, the company announced today. The startup  provides content discovery tools to publishers (Disclosure: including VentureBeat) as well as a way for them to help grow and maintain their audiences. Read more on VentureBeat.

Two former Rovio executives,  Petri Järvilehto and Andrew Stalbow, have closed a $2.35M seed round for new casual gaming startup Seriously. The startup will focus on creating casual, yet infectious, games that can eventually be transformed into a strong entertainment brand, sort of like Rovio did with Angry Birds. The seed funding was led by Upfront Ventures and Sunstone Capital. Read more on TechCrunch.

Zoomingo gets $1.25M to become the ultimate app for mall shoppers

Mobile shopping app startup Zoomingo, has closed a fresh $1.25 million round of funding, the company announced today. Zoomingo helps people find deals while they’re out and about. Along with the funding announcement, the startup also announced a new partnership with Simons Malls, one of the largest shopping mall management companies in the world. The new round comes from existing investors Benaroya Capital and Naya Ventures. Read more on TechCrunch.

Fantoo, a startup that makes a mobile email app, has raised £450,000 (about $700,000) from crowdfunding platform CrowdCube, the company announced today. Fantoo describes its app as an artificially intelligent, self-learning email/messaging platform.” The U.K.-based startup also said the app will help people be more productive when working as well. Read more via CrowdCube.

Currently, you can listen to music in Spotify. Or iTunes. Or YouTube, Soundcloud, Rdio, and any of a dozen other places. Listn, however, is aiming to aggregate all those musical silos into one simplified place to enjoy music — and chat about it. Today, the company announced a $500,000 seed round, and a new partnership with Rdio. Read more on VentureBeat.