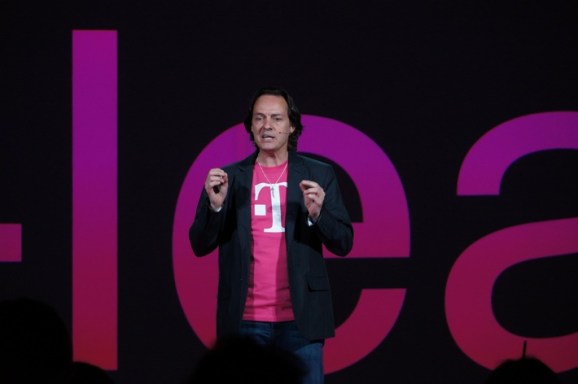 648,000 of T-Mobile’s new customers were valuable postpaid users — or those who pay for one of the company’s monthly subscription plans. Last quarter, T-Mobile added a similar number of new and postpaid customers.

In its earnings call, the carrier said only around 15 percent of smartphones sold during the quarter were iPhones. Additionally, T-Mobile hinted that supply issues around the iPhone launch had hampered sales. I wouldn’t be surprised if Apple didn’t prioritize T-Mobile’s iPhone inventory at launch.

The steady rise of customers is a sign that T-Mobile’s “Uncarrier” moves are paying off. This year the company announced that it is killing off service contracts, and it followed that up with some industry-shifting reveals like its early upgrade program, free international roaming, and free mobile data for tablets. AT&T and Verizon were forced to follow suit with their own early upgrade programs, so it’s clear that T-Mobile is influencing its competitors with these seemingly crazy changes.

You can count me among those new T-Mobile customers last quarter. The carrier’s consistently intriguing announcements, combined with a cheaper service plan than what I was paying AT&T, led me to jump to T-Mobile on the iPhone 5S launch. Its LTE network isn’t as extensive as the bigger carriers (T-Mobile says it now covers 203 million people), but it’s decently fast throughout New York, and it’s also getting better as the company snaps up more spectrum.