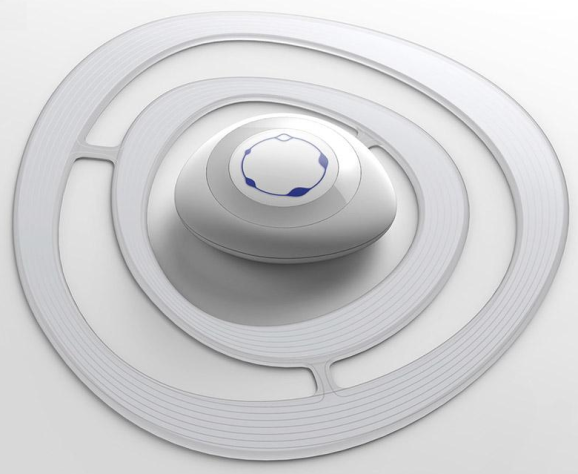 City dwellers have a variety of solutions for dealing with city noises, including our least favorite – running the air conditioner on fan in winter. But the most elegant idea so far is a new device that attaches to a window and turns it into a counter-noise filter.

The Sono, developed as a prototype by Australian industrial designer Rudolf Stefanich, is a finalist for the James Dyson Award in international design, run by the foundation of the company behind those futuristic vacuum cleaners that leave their own trail of noise.

The device appears to work by leveraging the glass surface of a window into a speaker, just as other products have utilized tables and other surfaces for the same purpose. The Sono apparently samples the city sounds and then generates cancelling frequencies, but only for the sounds you want to let through. Since it’s not yet available as a testable product, it’s not clear how effective it actually is – but the idea is as elegant as they come.

Instead of listening to those interminable car alarms that should be banned in any city that considers itself civilized, the Sono allows you to turn a knob and let through sounds more suitable to your peace of mind, like bird sounds.

One assumes dwellers in the middle of isolated rural areas would similarly be able to use the Sono to filter out annoying roosters or geese, and, hoping to hear the sounds of fellow humans, let only tractor and truck sounds through.