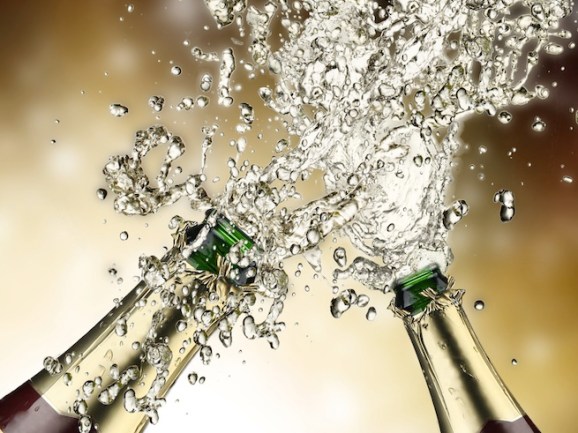 Veeva, Twitter, FireEye: Vastly different technology companies, all of which saw their stock pop more than 80 percent on their first day trading in the public markets.

The press called Twitter’s IPO “dazzling” and FireEye’s “sizzling,” and yours truly dubbed Veeva as “the next Salesforce.”

These stock spikes are proving to be an invaluable marketing boon for any competitive, newly public entity. But from a pure economic standpoint, all three public offerings have been abject failures.

“If an IPO is a pure fundraising exercise, trading down is actually what you want,” said Dave Liu, a managing director and co-head of Internet and digital media investment banking at Jeffries, a global investment bank. In this particular case, the issuer has no loss in potential capital.

That’s because the IPO price is the price at which the company sells its shares, just before public trading starts. If the stock price stays level or falls slightly, as it did with Facebook’s IPO, that means the company has maximized the amount of cash it could raise from the IPO — it found buyers at the maximum price the market would bear. If the stock price rises, however, that means the company sold its shares too cheaply, at a price lower than what the market was willing to pay. In the language of the stock market, the company “left money on the table” — money it could have scooped up by setting a higher price.

In Twitter’s case, shares popped to a high of 89 percent over the IPO price on day one. The lead bank priced the IPO some $20 below where the market brought its shares. This equates to some $1.6 billion of potential shareholder money left on the table.

“The media paints IPOs that go up as a huge success,” said Liu. “I think that’s wrong, but it’s a fact of life.”

Academics like the University of Florida’s Jay Ritter has documented the phenomenon of underpricing in the United States over the years. According to Ritter, the average underpricing was 14.8 percent from 1990 to 1998, 51.4 percent from 1999 to 2000, and 12.1 percent from 2001 to 2009. It’s likely that IPO underpricing has risen since 2009, with tech stocks soaring as high as 200 percent.

Liu believes that IPOs are not just financing events anymore. The industry cheered as Twitter’s stock gained momentum — for the executive team, it’s an opportunity to demonstrate that you’re a hot ticket in the public’s eyes and to boost employee morale.

The ugly duckling no more

Be it Wall Street or Main Street, appearances are everything. The underwriters understand that the visual of downward-trading stock never looks good to the public.

Indeed, even a modest 5 percent to 15 percent pop seems rather uninteresting. But again, most economists would argue that this is the ideal amount, as the first institutional investors buying the stock are rewarded (but not too much), and no one feels like they got screwed.

“Fifteen percent is ideal — you don’t want the institutional investors to make so much money on day one that they think about selling,” said Byron Deeter of venture firm Bessemer Venture Partners, who recently helped take ad-tech company Criteo public.

But most media-savvy bankers, Liu included, are aware that the media has a tendency to tarnish companies that don’t surge, or worse, finish the day in the red. Facebook wrung out every dollar from its IPO, but its shares plummeted in the first weeks of trading. If the ensuing furor didn’t serve as a warning to the next generation of tech companies going public, it’s hard to say what will.

“From a public relations perspective, I think the banks consider pricing low these days to ensure some kind of pop,” said Jon Soberg, a financial technology investor at Blumberg Capital. Soberg recalled how one company he helped take public, AdForce, spiked in the first days of trading, and employees “were really happy it popped so much.”

“Most people who work at these companies, they get to go home to their spouses with a sense of pride,” Liu agreed.

Another marketing benefit for companies: A stock pop typically negates much of the discussion about whether the business model is sustainable. Soberg noted that few reporters questioned whether Twitter’s “fundamentals” (the company is not yet profitable) justified such high demand for the stock.

Veeva Systems’ recent experience demonstrates the pervasive power of a stock pop. Just a few months ago, few reporters and analysts had heard of Veeva, a cloud company that sells software to pharmaceutical companies.

But with stock soaring upward of 80 percent in the first day of trading, Veeva became the darling of the business press, and its sole venture investor, Emergence Capital, earned praise for its savvy. It was an ugly duckling that turned into a swan.

The winners and losers of an underpriced IPO

Liu typically advises companies to price their shares at a conservative range, even it means missing out on some cash.

“An IPO that pops tremendously is a short-term loss and a long-term gain,” said Liu, who has also helped Yelp go public.

The short-term losses: Cash and the inevitable press about how the company’s management and its bankers are corrupt. Investment banks that underwrite IPOs do typically stand to make money — but according to Liu, a common misconception is that they’ll inevitably rake it in with an early stock pop and flip their insider shares for a quick double.

“In fact, an underpriced IPO actually hurts the bank [as] they get paid based on the initial public offering amount,” said Liu. “Their fee is not changed by the fact that the stock surges 100 percent, and the media often gets that wrong.”

The real winners are the institutional investors or retail investors, who are the first to buy the stock when it hits the market. Liu believes that a modest stock pop is ideal, as these investors deserve to make some money since they took the brunt of the early risk — although analysts would inevitably point out that these investors are in bed with the Wall Street bankers.

Pricing an IPO? It’s not as easy as you may think

It’s not always clear whether the company wins or loses on an underpriced IPO (or one that’s perceived to be). Academics and economists have devoted years of research to understanding the dynamics and generated dozens of competing theories.

One conclusion is that it’s a long-term gain for the company, which will get employees and new customers. This is often a direct result of all euphoria in the market when an IPO pops. Also, companies can always wait and sell shares later at a higher price.

Liu argues that the company doesn’t typically sell that many shares in its initial public offering — “the actual percentage that is offered isn’t that meaningful.” Executives give up some economics and may not get all the cash they could have, but it’s not typically worth if it employee morale takes a huge hit.

Another benefit to pricing shares conservatively: It’s difficult to predict how the market will react. Bankers are trained to educate companies on the expected demand for the stock — but there are vastly different types of demand. Some is sustained and long-term; others will trade stock in a matter of nanoseconds.

“When an IPO is perceived as successful, banks are accused of underestimating demand, but it always could have swung the other way,” added Ivan Nikkhoo, managing director of Siemer & Associates, a Santa Monica, Calif.-based firm that offers financial advice to the leading Internet companies. Nikkhoo recalls how LegalZoom, a hot legal-tech company with growing revenues, was forced to delay its IPO due to unfavorable market conditions.

Ultimately, pricing an IPO is challenging. It may be that Twitter’s investment banks intentionally priced in the low range — or perhaps not. It’s difficult for banks to game an IPO pop, as anything can happen after a NYSE or Nasdaq debut. “Pricing an IPO is like landing an airplane on a thin stripe in the middle of a fog,” said Liu.