Brad met the woman of his dreams, and it turned into a nightmare.

A great first date was followed by the inevitable googling of his name — upon which his date found online forums from a “crazy” ex-girlfriend who painted him as abusive, a cocaine addict, and worse. Brad managed to salvage his new relationship by explaining the truth, but some can’t.

“Brad” is a real person, but that’s not his true name. He’s just one of the people and companies that Brand.com have helped with its new de-indexing action plan product, which Brand.com says is the first systematic way to remove false and inaccurate search engine results from Google, Yahoo, and Bing. 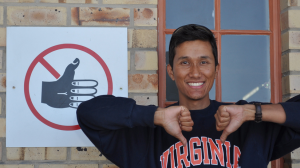 “For brands and individuals, nothing is more visible or damaging than negative Google search results, but in the past it was nearly impossible to get libelous web content removed from Google’s index,” Michael Zammuto, president of Brand.com, says. “Our patent-pending De-Indexing Action Plan is the first turnkey process that can permanently erase misleading content from Google, Yahoo, and Bing’s search algorithms. No one else in the online reputation management industry offers this conveyor-belt style de-indexing service.”

Online reputation is pretty much reputation today, as Google is increasingly the way we find information and learn about brands, people, and just about anything else. So false information online is a major problem. But erasing information from Google and other search engines has traditionally been incredibly difficult, if not borderline impossible.

I wanted to know how Brand.com accomplishes this, but Zammuto is keeping his cards close to his vest, telling me only that the company has a “proprietary patent-pending process” to remove search engine results. Another problem, of course, is verifying that the results are, indeed, false. For instance, you wouldn’t want a restaurant with truly awful food, safety, and hygiene to be able to remove legitimate, accurate, and helpful warnings from the Internet.

Brand.com has that covered too, Zammuto says. Once again, how it works is secret.

“We have a proprietary patent-pending process that we’ve patented to verify that it is false.”

The process takes 4-12 weeks, during which the Brand.com team coordinates with the search engines to remove results, after first verifying that they are false. Zammuto did confirm that the company is working with Google to do this, not simply working at the source material level of attempting to drown out negative information with positive — both of which have been tactics used by online reputation management companies in the past.

“False, libelous information that ranks for your brand in SERPs hurts your life and livelihood,” he said. “Whether the attacker is anonymous or not, we take all the steps necessary to have untruthful content permanently removed.”

83 percent of companies will suffer reputation attacks in the next five years, according to Oxford Metrica’s Reputation Review — and those attacks could devalue companies by as much as 20 to 30 percent. With that prospect, $5,000 does indeed look cheap.

If I was paying the bill, however, I’d like to know a little more about exactly what the company is doing to restore your good name.