Bluetooth Low Energy (LE) might be the best thing to happen to physical retail in a long, long time.

Shopkick CEO Cyriac Roeding puts it another way. “Shopkick brings the things you love about Amazon into the physical word. It’s the perfect mesh of physical meets digital,” he told VentureBeat. 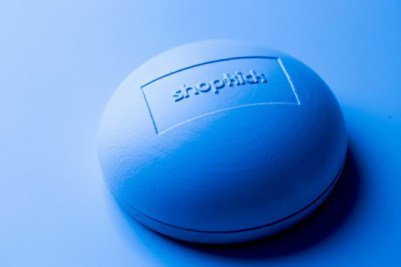 Think of it like this: Right now when you enter a Macy’s (which is Shopkick’s first shopBeacon partner), the store has no real idea who you are or what departments you frequent. That automatically puts Macy’s and its kin at a huge disadvantage compared to Amazon, which keeps track of what you search for and click on to recommend things you have a good chance of buying.

ShopBeacon changes that. With the service (which is opt-in, fortunately), Macy’s can send you deals as soon as you enter one of its stores, giving it a powerful new way to sell you things. More, the app also taps into Apple’s iBeacon, which can remind you to open up the Shopkick app as soon as you enter a store.

Shopkick isn’t alone here. Companies like Index (which just raised $7 million), Brickstream, and Euclid Analytics are all working on ways to bring online-like recommendations and analytics to offline retail. The difference? Shopkick says it’s consumer-facing, and has no plans to share or sell user data with retailers.