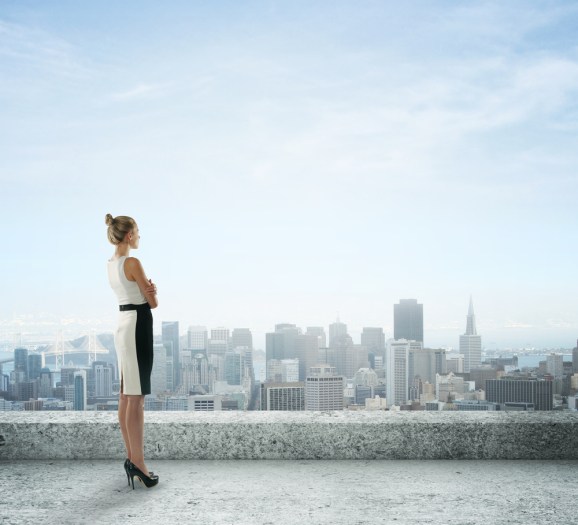 It’s hard to believe it, but 2013 is on its last legs. The year has been eventful to say the least in the world of enterprise technology. Businesses of all shapes and sizes, from mid-sized corporations to Fortune 1000 enterprises have gone through a rollercoaster year.

In a business world that runs on Microsoft products, we’ve seen essentially a symbolic apology from the software vendor with Windows 8.1. They’ve brought back the Start Button and they’ve brought back Boot-to-Desktop. Ninety percent of people running Windows can now breathe a sigh of relief.

Apple’s new iPhone 5s and 5c and iPad Mini and Air announcements show they are conceding once dominant positions in the smartphone and tablet market. The company’s decision to not attack lower price points will push enterprises to make large bets on Android and Windows mobile devices long-term. Don’t pity Apple though; the company will retain its tremendously high margins for the foreseeable future.

The cloud, which has fought an uphill battle in enterprises for the better part of a decade, took a blow amidst allegations of widespread NSA snooping on major cloud service providers. The news of such spying has already provided ample fodder for enterprise cloud denialists.

So what does 2014 hold for enterprise software and enterprise technology? At Icreon, we’ve heard (and started to implement) a few consistent things across the board that businesses are asking for more and more. Here are a few of our favorites:

It’s been around in the consumer space for quite some time, but businesses have started to truly understand the advantages (and limitations) of HTML5 in the enterprise. Now that every CIO/CMO/CXO has been clued into the value of native mobile applications for their respective workforces, we’re seeing a progression once again toward the ‘write once, play everywhere’ concept, ironically enough.

What Java promised in the mid-1990s, HTML5 may actually be able to deliver to businesses making new IT investments. Browser acceptance of new standards such as offline file storage, drag and drop, advanced drawing tools, and multi-media playback without plugin support augment what it means to be a website. As these standards have become fleshed out and implemented across browsers, we’ve seen everything from cutting-edge line-of-business web applications to firewalled corporate intranets being deployed with large HTML5 support.

Gamification is a hot topic for multiple reasons. Marketers love it because it can create stickier customers. Consumers love it because there are very real rewards that can be gained by getting on leaderboards. But now, corporate managers are getting into the concept because it’s beginning to look like a Trojan horse into decreasing the universal hate for performance evaluations.

By gamifying employee efficiency and quantifying minute tasks in a business environment, enterprises are gaining all sorts of new data points around worker productivity. We’ve seen companies like Spotify implement it in their workplace as primary mechanisms for employees to complete tasks.

Building integrated systems and software applications that support gamification actually creates a unique opportunity for enterprises taking the plunge. It has the potential to re-energize mass workforces that despise typical employee evaluation techniques. It also has the unique tech characteristic of being industry agnostic. Creating metrics to judge employee efficiency and overall contribution to company growth is a hallmark of big business — and applications that plug into large ERPs or business operations systems are ripe for gamification to overthrow normal evaluation methods.

Every once in a while, tech events escape from the tech world and transcend into the business world. In 2007, any normal guy on the street knew about the iPhone. In 2011, Facebook’s IPO was subject to constant speculation from non-technorati as much as tech elite. In 2013, it was the very public failure of the federal government’s go-live of Healthcare.gov.

The government’s ambitious ACA digital emblem suffered from very severe issues from system lags to downright application failure for millions of Americans. As far as technology launches go, it was one of the most public flops to ever occur.

Though it happened outside the private sector, the very public nature of its execution left a lasting shock on the business community. Working both inside and outside the health care space, we’ve heard the worries and apprehensions from CIOs across industries about the go-lives of their new projects.

Obviously, with the issues that plagued the enormous application, from a lack of system wide project management to admissions of inadequate software quality assurance, businesses will undoubtedly be more focused on what has traditionally been viewed as more of the ‘bookkeeping’ aspect of IT development. In 2014, expect senior leadership from companies to not take public launches for granted and really start to emphasize superior project management and software quality control

The interesting thing about the enterprise tech industry has always been that it’s always taken a far more leisurely approach to adopting new technologies from the consumer space (and rightfully so). Enterprises can’t afford to experiment with tech that could potentially hurt their bottom or top lines; and so for the most part, the motto “if it ain’t broke, don’t fix it” has held true for decades.

But more and more, we’re noticing that businesses worldwide are taking more progress approaches to new software technologies: implementing them in piecemeal, experimenting with them at a department level, and in general, just staying far more up-to-date with the latest in consumer software technology strategies.

Himanshu Sareen is CEO of Icreon Tech, a global software development firm delivering business solutions and custom applications to customers including National Geographic Channel, Fox, PepsiCo, and Nokia Siemens Networks. He is responsible for the strategic and overall business development of Icreon. He founded Icreon in 2000 and grew the company through a mix of acquisitions and organic growth.