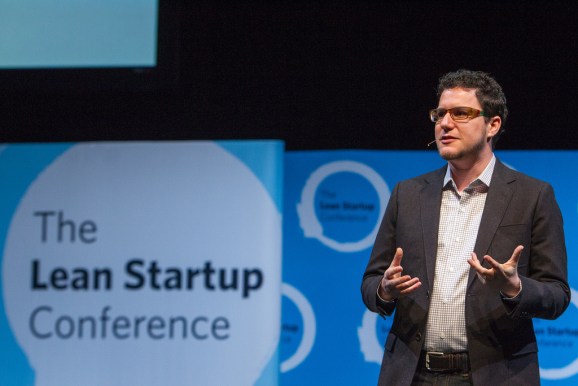 Lean Startup: the name itself evokes images of a computer science graduate working on the next big idea in a garage-office, boxes of Ramen noodles stacked to the ceiling.

During the first years of its development, the Lean Startup phenomenon fed on this image. Eric Ries, who coined the term “Lean Startup” and is the author of the popular guidebook that codifies the methodology behind it, is in the position he is today because of the startup community quick to adopt a model privileging flexibility and streamlined customer-based development over extensive venture capital funding.

However, in the coming years, Ries believes that the business philosophy he pioneered is poised to transition from small-budget entrepreneurial endeavors to large, even worldwide organizations, be they Fortune 500 companies or government agencies, where he feels it could do even more to change the dominant structural and operational paradigms.

“The Lean Startup,” said Ries, who failed in his first two startups prior to co-founding the IMVU instant messenger service, “has already moved beyond startups.”

The Lean Startup Conference is perhaps the best evidence that he is right. Held this year in San Francisco, the conference brought together academics, startup entrepreneurs and global business leaders under the umbrella of improved efficiency and smarter organizational design. Speakers ranged from members of the NYC Educational Department to representatives of Facebook and Toyota.

But the focal point of the event was General Electric’s announcement of what Ries called “undoubtedly the largest deployment of lean startup ideas in the world.” Over the past year, the so-called Fastworks initiative, pushed by GE Chairman and CEO Jeffrey Inmelt, has integrated the Lean Startup methodology directly into the central operational policies of a global business leader with a 130 year track record, 300,000 employees across the world and $130 billion in annual profits.

The variety of speakers and attendees at the conference gave the impression that Ries is planting a more comprehensive discourse, the kind that fits with his broad claims as to the utility of lean thinking as a mechanism for social change as much as boosted profit margins.

The Fortune 500 presence in particular raised the question of the position Ries will play with respect to the change he has inspired. Specifically, is he moving beyond the role he’s assumed as a thought leader in the tech world, one Steve Blank, his former teacher, continues to occupy? Will Ries emerge as a more prominent management guru along the lines of a Jim Collins, author of the best selling book “Built to Last: Successful Habits of Visionary Companies”?

The lean startup methodology has not gone without criticism in the startup community. Said Michael Sharkey in his guest article on VentureBeat, “it seems that many entrepreneurs have interpreted the Lean Startup model as an excuse to rush incomplete or fractional products to market. The result? Lots and lots of companies built around a handful of features that matter to almost no one, least of all customers.”

Another counterargument to the lean startup came inadvertently from LinkedIn founder Reid Hoffman, who when answering a question about the methodology prefaced his response by saying that for the entrepreneurs who are not Steve Jobs, the lean startup should be followed. However Steve Jobs, or Elon Musk for today’s generation, is exactly the role model that many technology founders are aiming to become.

Mark Cuban, owner of the Dallas Mavericks and billionaire entrepreneur, told me in an e-mail, “I’ve always been a fan of lean startups. Eric has done a great job of productizing it and making it available to many more companies.”

Yet despite its wide adoption, to many the lean startup method has not yet answered whether it is compatible with the swing for the fences startups that venture capitalists such as Vinod Khosla are looking for. In this regard, perhaps the methodology will find more support within Fortune 500 companies and governments across the globe, where innovation and product development are clearly in need of greater help.

With General Electric, one of the largest and most diverse companies on the planet, putting the lean startup philosophy to aggressive use, it’s hard to imagine that others in the corporate community will not soon follow suit.

Beyond that, the possibilities seem endless.