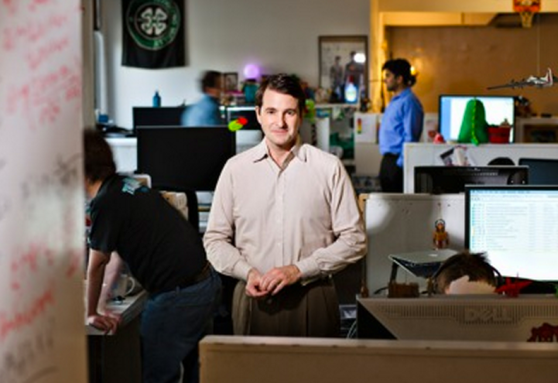 When we were children, most teachers taught to the middle — if you picked up concepts too slowly or quickly, you fell by the wayside.

These days, a new “personalized learning” trend has emerged that offers teachers a better way to adapt the learning materials to each student in their classroom. Personalized learning is already big business — a startup called Knewton announced today that it has generating significant revenues in the space and recently became profitable.

Chief executive Jose Ferreira also revealed that Knewton has raised an additional $51 million in capital, nearly doubling its funding. Ferreira said it wasn’t an easy decision, as the company didn’t need more money. But he has “lofty goals” to bring “predictive analytics and personalized recommendations to publishers, schools, and, ultimately, students around the globe.”

These lofty goals require capital — especially if the company is planning to expand globally and build a “public portal” for any student to access content online.

The funding was led by Atomico, along with GSV Capital and existing investors Accel Partners, Bessemer Venture Partners, First Round Capital, FirstMark Capital, and Founders Fund. This makes Knewton one of the most well-funded startups based in New York City.

Knewton’s core products are its online learning tools that can be adapted to each learner’s individual needs, whether it’s in K12, higher education, or professional development. The technology works by dividing lessons into building blocks and then measuring students’ performance as they learn.

The company also teams up with publishers like Pearson to digitally augment core curriculum materials that are already widely used in schools.

“We feel that we have the best education technology — our algorithms can determine students’ proficiency on any given concept,” said chief operating officer David Liu in an interview with VentureBeat.

The larger goal for Knewton, Ferreira revealed in a recent interview, is to create the world’s most valuable repository on how people learn. Ferreira is a former executive at education firm Kaplan and an ex-venture investor; he started the company in 2008.

This data will likely prove to be highly valuable, particularly with governments attempting to solve the crisis in education (high costs of tuition, overstretched school districts, out of control dropout rates, and so on) through technology.

Read the blog post, in which Ferreira explains why he chose his investors:

Knewton has raised $51 million to accelerate growth in the coming year.

Raising another round of funding wasn’t an entirely obvious decision for us. We had a couple of profitable months at the end of 2013, and expected to be profitable all of 2014. But Knewton has lofty goals. We want to bring predictive analytics and personalized recommendations to publishers, schools, and, ultimately, students around the globe. We want to make it possible for any content creator to create high-quality adaptive experiences. We want to launch a public portal so that anyone anywhere can use Knewton to learn anything.

Every entrepreneur longs for the day when the company becomes profitable. Profitability means freedom and security, and maybe even an end to sleepless nights. But, for Knewton, this happens to be the exact moment we want to step hard on the gas. We want to invest in our platform and increase headcount dramatically in the next two years.

When we decided to raise this round, we called a few investors who had previously expressed interest in Knewton. We decided to go with Atomico, an international investment firm led by Skype co-founder Niklas Zennström. There were several reasons we chose Atomico to lead the round:

We also decided to make some room for a fund that focuses on edtech – Michael Moe’s GSV Capital. I’ve known Mike for years and felt he would add value during this rapid growth phase of ours. Atomico and GSV were joined by our existing investors – Accel Partners, Bessemer Venture Partners, First Round Capital,FirstMark Capital, and Founders Fund — along with debt financing by Silicon Valley Bank.

Knewton will use this capital to invest significantly in product enhancements and international growth. While this new funding wasn’t strictly necessary, the idea of growing aggressively now was too appealing to pass up.