When I first started my business, I had to do everything: sales, clerical, tech support. We started building operations by creating email addresses for every conceivable department. I thought the addresses would give us the shiny veneer of corporate success. Half a decade later, I can finally admit that 90% of those email addresses were pointed to me. Although misguided, perhaps we should have been creating those positions instead of faking them.

It’s tempting to take the cash in front of you and do every task yourself when you posses the know-how. I spent too many late nights tidying up every loose end that I could find. It just felt right; I was taking my rightful money home.

But I was acting like an employee of my business, not an owner. Eventually I found success and my agency started to grow, but it didn’t seem like enough. I never had enough time, found myself jealous of colleagues advancing, and yet I thought I was still missing opportunities. My marriage began to suffer.

After pushing myself to the brink, I did some deep introspection and finally hired some good help. I accepted that maybe I couldn’t be all things to all people, even for myself.  Then I fired myself as resident-queen jack of all trades. Today, those email “departments” have been forwarded to the appropriate personnel.

Here are 7 reasons to stop making excuses and fire yourself.

The biggest “trick” I’ve learned in business is to set a goal, follow your gut instincts, and know that you’ll fail a certain percentage of the time. Perfection is a noble goal, but it’s not a fun reality. You don’t have to be perfect to be successful, you merely have to be able to recognize failure and move on. Do it with aplomb. Good luck to you! 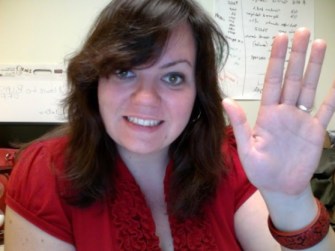 Anne Ahola Ward is a Growth Hacker and the Founder & CEO of CircleClick Media, which was established in 2009. She was a web developer for 10 years and then transitioned into SEO and analytics in 2007. Ward’s list of clients includes Apple Computer, Inc. magazine, Path, Heroku, A&E Interventionist Ken Seeley, and drummer Rikki Rockett from Poison.