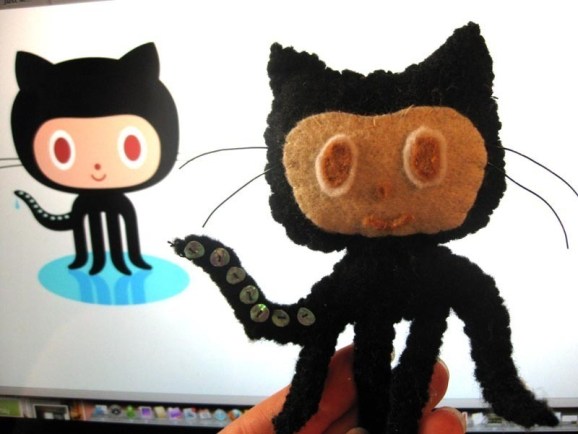 In January, we reported that GitHub had very nearly achieved the 5 million repos* milestone.

Now, to cap off the year, the company announces it’s hosting 10 million repos and counting.

*”Repo” is short for “repository.” “Repository” is where your code lives. GitHub hosts millions of developers’ repositories in the cloud, where they can be shared globally and accessed from anywhere.

“The first million repositories were created in just under four years — 3 years, 8 months and 15 days, to be exact,” writes GitHubber Brian Doll on the company blog.

“This last million took just 48 days. In fact, over 5.5 million repositories — more than half of the repositories on the site — were created this year alone.” 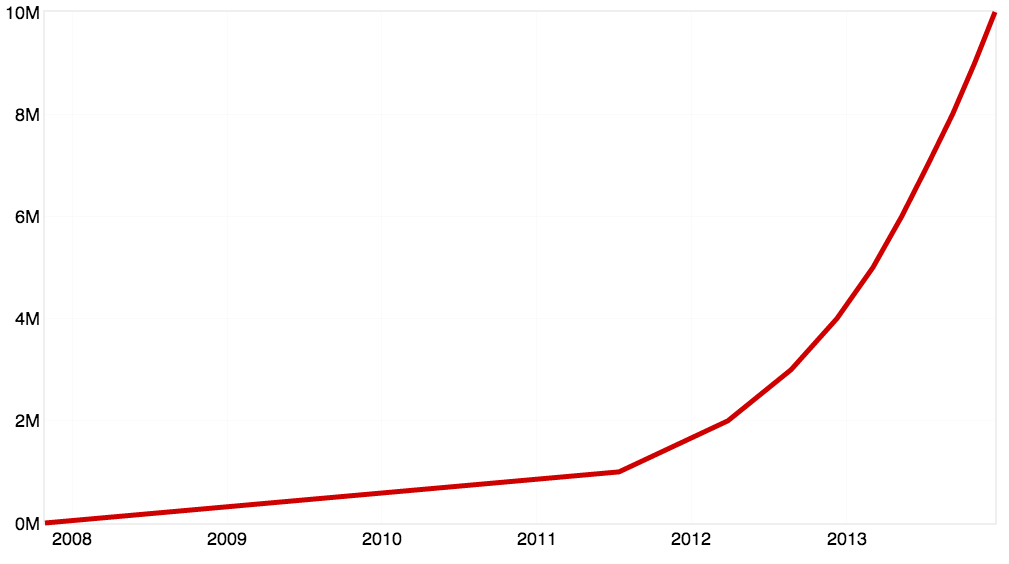 Doll notes that some of the site’s most popular projects for 2013 include Project Open Data, the repository behind the White House’s Open Data Policy; Tate Metadata, which contains data points for the Tate Gallery’s 70,000 works of art; and Docker, the open source application container engine.

You’ll notice these projects all revolve around openness — something GitHubbers consider core to innovation.

In fact, the startup’s founders hoped the White House would add Healthcare.gov to that list of popular projects.

“I would personally like to see the government default be open source,” said Scott Chacon, a cofounder and the chief information officer at Github, in a recent interview.