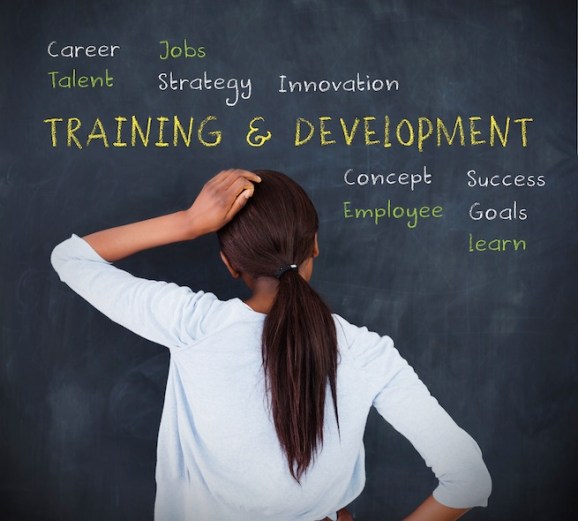 According to linguists, jargon proliferates in Silicon Valley’s tech scene faster than almost anywhere else.

For one thing, terms like “big data,” “[data/infrastructure/software/platform] as a service,” and “Internet of things” are a convenient way to describe highly complex technologies. It takes a far more advanced level of understanding to explain how processes actually work.

Buzzwords are also a gift for corporate communications. Companies like Salesforce and Oracle can host entire conferences where senior executives ascend to the stage and repeatedly stress their “mobile first” or “social” commitment for several hours — without actually saying very much.

“These buzzwords emerge to represent things as somehow grander or more important than they are. Silicon Valley is full of that,” said Geoff Nunberg, a linguist and professor at the University of California at Berkeley School of Information.

“Everything has to be ‘disruptive.'”

Using buzzwords may also give Silicon Valley types a certain cache and a feeling of being part of an exclusive club.

“Jumping in on buzzwords shows we’re insiders to memes or movements that might be at the early stages of a surge, serving as a badge that we’re in the know and hearing the right things in the right places,” said Ellen Leanse, a former executive vice president at communications firm Eastwick and head of global Enterprise marketing communications at Google.

After scanning recent news releases and consulting our followers on Twitter, here are the buzzwords we expect to take off in 2014. We hope you’ll avoid using them; we’ll certainly do our best.

Marketing folk at startups are increasingly using this term to describe their work. It’s intended to differentiate them from more traditional marketers. We understand the reasoning, but it’s still one of those startup terms that makes us cringe every time we hear it.

After a web search, we’re still not entirely clear on what a growth hacker actually does. But on closer examination, it appears to be a term for marketers who make decisions based on data. Growth hackers are highly proficient at using the latest analytics tools, and most can write a bit of code, at least for the purposes of throwing queries at databases.

According to the public relations firm Eastwick, growth hacking is a term favored by their clients to refer to the process of finding and exploiting new avenues of growth, usually at the expense of a big competitor.

We chatted with Nunberg about another theory on the rise of the term growth hacker. At startups, marketers can sometimes have a precarious relationship with the engineers. When the company runs out of funding, it’s often the marketers that are the first group to be let go. Marketers who can code and work closely with the engineering team have seized on a new word that makes them far more valuable in an organization — and they’re focused on growth, the single most important metric for any startup.

However, our prediction is that in the next decade or so, this term will die out, as most marketers will function like growth hackers. As more businesses build their online presence, marketing jobs will be far more technical and data-driven than ever before.

A venture firm called Foundation Capital sent us a list of buzzword predictions, which include some horrors like “mobile-born” and “peer-to-peer education.” But “nth screen” particularly stood out, as it’s a term we’ve heard bandied about by some of the big players for a few years.

In 2011, Samsung unveiled its “nth screen strategy,” which apparently meant that it would bring connectivity and content-sharing between multiple display devices both in and outside the home. The goal is to make it easy for folks to share data between Samsung phones, tablets, smart TVs, and PC monitors. This sharing philosophy only goes so far though: Samsung won’t make it any easier for you to send files to an Apple-issued device.

With competition heating up between Apple, Samsung, and other device makers, this “nth screen” buzzword will likely take off next year. The intention is to lock in consumers to exclusively buying Google, Apple, or Samsung devices — as only these technologies will speak to each other.

This term rose to prominence at Stanford University’s famed Hasso Plattner Institute of Design, otherwise known as the “d-school.” This was likely due to the influence of IDEO, the firm founded by David Kelley, which designed the first Apple mouse in 1980. Kelley often refers to design thinking as “innovation from a human point of view.”

IDEO is now a conglomerate, and its influence has seeped into some of the largest corporations.

Our prediction is that few people will be aware of IDEO, but the term “design thinking” will become increasingly common in 2014. It may even replace the phrase “lean startup,” which was popularized by business gurus Eric Ries and Steve Blank as the preferred term for cash-poor, fast-moving new businesses.

Snapchat raised a gargantuan amount of funding this year for its application, which sends photos and video messages that disappear after viewing. Snapchat’s appeal for teens and preteens, in particular, is its lack of permanence. You won’t need to worry that awkward or embarrassing photos will turn up again; they only appear for a matter of seconds. Snapchat recently said that is now processing upward of 350 million messages a day.

Already, we’re seeing bloggers use the term “ephemeral sharing” to describe the cultural phenomenon that is Snapchat. In 2014, we expect to see a variety of competitors spring up to capitalize on this desire for impermanence.

Last month, a startup called Younity released a new feature that “unshares” files at any time. Perhaps it’s born from consumer fears about the lack of privacy. With the NSA tracking calls and email, it’s a relief to see our most intimate moments disappear into thin air.

It’s really a toss-up whether big data’s next incarnation will be “small data” or “hyperdata.” It really could go either way. We bet that “hyperdata” will take off, as Silicon Valley is obsessed with the term “hyper.” It makes everything sound cooler than it actually is (“hyperlocal” and “hyperconnected” were omnipresent in 2013).

Blog posts are already proliferating claiming that “big data” is out — “so last year,” according to this one — and hyperdata is in. Big data initially had a clear meaning; it doesn’t mean a lot of data. It’s different types of data handled in new ways, according to the New York Times.

We even found a definition for hyperdata — although it’s not clear how it’s different from big data or any other similar-sounding term. According to Bernt Wahlt, an industry fellow at the Center for Entrepreneurship and Technology at the UC Berkeley: “Hyperdata comes to you on the spot, and you can analyze it and act on it on the spot. It will be in regular business soon, with everyone predicting and acting the way Amazon instantaneously changes its prices around.”