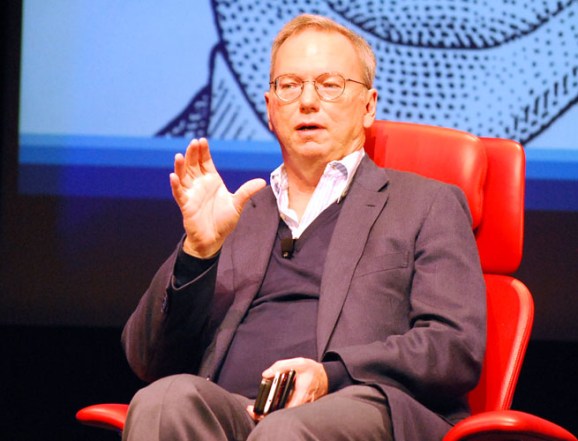 While discussing his predictions for the future of tech, Google executive chairman Eric Schmidt looked into the company’s past and said he should have predicted how big social would be.

“The biggest mistake that I made was not anticipating the rise of the social networking phenomenon — not a mistake we’re going to make again,” said Schmidt during an interview with Bloomberg News. “I guess, in our defense, we were busy working on many other things. But we should have been in that area, and I take responsibility for that.”

Google+ was the company’s answer to Facebook well after Facebook had already become a household name. The social network has 300 million users and continues to grow, according to Google, but compared to its competitors (Facebook has nearly one billion users), it definitely remains the underdog.

Schmidt explained in the interview that Google has a lot of growing power and believes that it can only be stunted by the company’s rate of innovation — or how fast it can create new and exciting technologies.

In the future, Schmidt expects to see a lot more from the genomics community. Already, consumers have shown a huge interest in finding out what their genes can tell them about their future health and what they might be able to change now. Of course, the industry has received its fair share of criticism and controversy in the last couple of months.

Genomics company 23andMe will read your gene sequencing and perform analysis to tell you more about your health. It then uploads this information to the Internet where you can view it. The FDA recently put out a recommendation that no one purchase a 23andMe set because it has not be federally approved.

As a result, while the company is still uploading both the sequencing and the raw data, it has halted its analysis side of the business. The company told VentureBeat in a previous interview that it is “not going anywhere” and is eager to work with the FDA.

Given the issues, there’s a lot of room for another company (say, Google?) to build the right business around genes.

Schmidt did say he wasn’t going to make the mistake of missing another big trend, right?