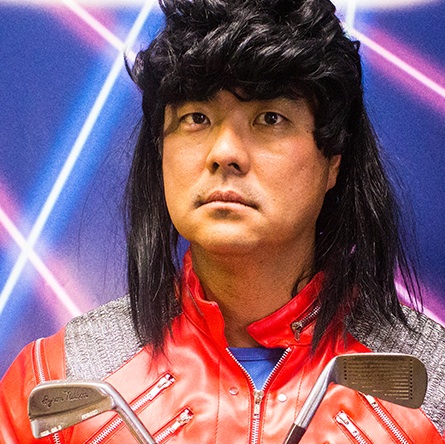 Ken Cho, cofounder and chief executive of People Pattern. Cho opted to give the company's head shots some life, to be different and humorous, he said.

Personality — that’s what we’ve got. And we’ve also got three of the last funding deals to be announced in 2013. Read on for a quick overview of who’s raising what and then head out for your New Year’s Eve festivities.

People Pattern raises $4.5M to help uncover the personality of your sales leads

People Pattern, a company that evaluates social media channels to deliver insight about sales leads and other potential revenue drivers, has closed a $4.5 million round of new funding. Mohr Davidow Ventures led the round, which contained contributions from private investors. The deal comes on top of a $250,000 round of seed funding earlier this year, People Pattern cofounder and chief executive Ken Cho — that’s him in the photo — told VentureBeat in an interview. Read more on VentureBeat.

Intelligent Portal Systems, a technology startup in San Jose so secretive that it doesn’t have a website, just raised $4.3 million, according to a filing the company made yesterday to the U.S. Securities and Exchange Commission.

And more funding could be on the way. Another SEC filing from the company this week shows the company plans an additional $450,000 round, but it has only raised $71,000 of that total so far. Read everything we know so far on VentureBeat.

LifeWave makes a variety of patches for human bodies that ostensibly help with reducing pain, decreasing stress, and providing “vibrant health and vitality.” The company also makes patches for your phone: Its Matrix 2 radiation shields block cellphone radiation that would otherwise enter your head. Now, the dangers of cellphone radiation are debatable — but if you’re worried about the radiation, a shield like this might make sense. It might also hurt your phone’s reception, but that’s a choice you’ll have to make. LifeWave recently raised about $618,000, according to an SEC filing.