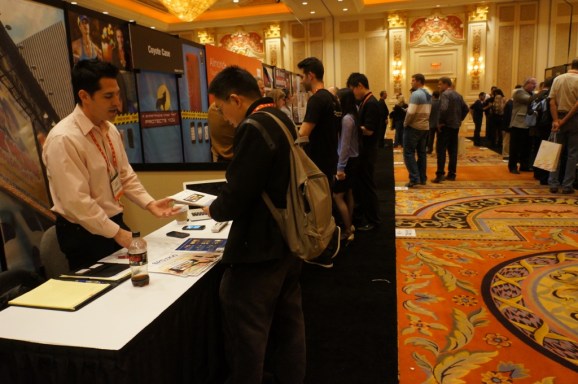 This year, VentureBeat is partnering with the Consumer Electronics Association, which produces the International CES, as a media partner for the Eureka Park TechZone, its startup haven located at the Venetian Hotel. You can expect plenty more startup stories from us this year, as well as a look at how young companies are affecting CES’s more traditional vibe.

Now in its third year, Eureka Park will house 200 exhibitors (30 percent more than last year), including a first-ever “IndieGogo Zone” for crowdfunded startups. There’s also a new “Eureka Park: Next” section, which will highlight the progress of mid-stage startups that previously appeared at Eureka Park, and an “Academia Tech” section for innovations out of higher-ed institutions.

So what can we expect from Eureka Park? Last year, some of my favorite startups included the Almond Touchscreen router, Zboard’s electric skateboard, and Re-Timer’s glasses for sleep therapy.

As a gadget fan, it’s been interesting to see the fast rise of hardware startups, which investors previously shunned due to the complexity of building new hardware. But now thanks to the rise of crowdfunding success stories like Pebble, which raised more than $10 million on Kickstarter, entrepreneurs don’t always need to rely on traditional investors to get their products off the ground (and investors have taken the hint).

Got a cool startup that you’re presenting at CES? Drop me a line at devindra(at)venturebeat.com with your pitch!