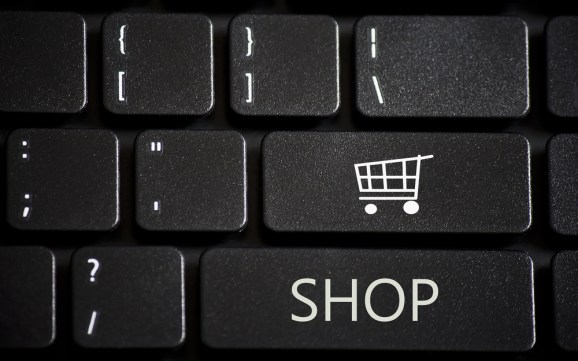 Internet marketplace companies have been around since the mid-90s. eBay, Amazon and other marketplace companies enable buyers of products to connect with sellers of goods at a massive scale. In recent years, thanks to technological advancements and the emergence of platform companies (Facebook, Twitter, etc.) the types of Internet marketplaces we’re seeing are extremely innovative. Examples include Etsy, which enables buyers to purchase hand-crafted goods directly from artisans; and Takelessons, which helps students buy music tutoring services directly from teachers. Top tier venture capital firms such as Greylock have even announced funds dedicated to investing in Internet marketplaces.

As the CEO of a marketplace company, I’ve dedicated a lot of my time putting on marketplace-themed events and getting to know other companies in the space. Below is a list of five innovative marketplaces (in no particular order) that are poised to do really well in 2014:

While the “Series A Crunch” has been well documented by a number of high-profile publications, seed and angel funding for startups continue to hit record highs. According to Alley Watch (numbers calculated from Crunchbase), $7.6 billion of venture capital and angel funding has been invested in enterprise startups in 2013. However, this has led to more companies failing and looking for soft landings. Those that aren’t willing to slog it out have to find homes – and that’s where Exitround comes in. The company demystifies the M&A process and helps founders find great homes for their employees and technology. Acquirers on Exitround end up picking up great talent for a fraction of the cost they’d pay recruiters. Not every startup that receives angel funding will make it to the next step — Exitround is poised to help a lot of companies out in 2014.

The streets of Silicon Valley are littered with dead startups who’ve tried to crack the “residential cleaning” market. While that may seem silly to a lot of folks, this specific market is absolutely gigantic, and there’s likely to be a big winner in the space. With a fresh $38 million in funding and an absolutely torrid growth rate, Homejoy may be the first to crack the code this year. The company, started by a brother and sister combo, takes “eating your own dogfood” to a whole new level. (Disclosure: Homejoy shares Redpoint Ventures as an investor with my company, Scripted.com.)

If three years ago you asked VCs which company is likely to make a serious run at Angie’s List (market cap around $793 million on NASDAQ), most would have probably answered either Taskrabbit or Zaarly. Well, here we are in 2014, and Thumbtack, fresh off a funding round from Sequoia Capital ($12.5 million), appears to be the main contender. Thumbtack received its Series A funding round back in 2012 and was founded in 2009. The company is evidence of the fact that while marketplace companies take a long time to build, once the flywheel spins you can grow rather rapidly.

This is another idea that probably would have been laughed at five years ago: an “Airbnb for Dogs.” Aaron Hirschhorn and the team at DogVacay are having the last laugh now because rumor has it DogVacay’s net promoter score is north of 90. DogVacay raised a $6 million round of financing from Benchmark in late 2012 and was incubated by Science-Inc, alongside Dollar Shave Club.

Lending Club is the largest Internet marketplace you’ve never heard of. The peer-to-peer lending site has matched investors and borrowers to the tune of $2.6 billion since its inception in 2007. Lending Club is especially interesting because of its upcoming IPO and the major scrutiny it’s likely to face when it files. While there have been many successful Internet marketplace IPOs over the years (eBay, Amazon, etc.), Lending Club will really lead the way in the “shared economy” space. How investors react to this company’s IPO could set the tone for Uber, Airbnb, and others – in particular because of the massive regulatory issues they’ll face over time.

2014 should be an interesting year in the world of Internet marketplaces. Please comment on this chain with other hopeful marketplace businesses you’re rooting for this year.

Sunil Rajaraman is founder and CEO of content marketplace Scripted.com. Sunil is an avid writer himself and has written for The Huffington Post, Techcrunch, Forbes, Gigaom and Fast Company as well as VentureBeat.