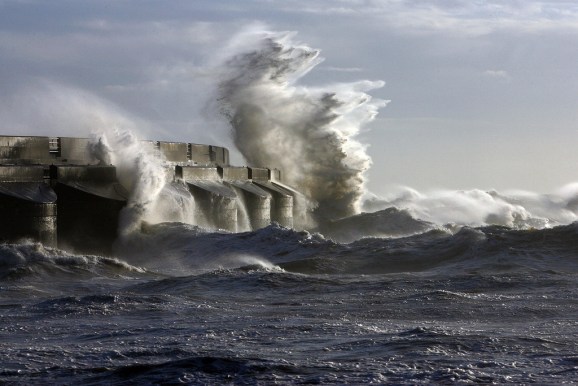 Surge pricing can lead to your company getting battered by the waves of public opinion.

But Libin’s response was a rarity in the Valley these days: it showed a CEO who gets the importance of good PR.

The review, titled Evernote, the bug-ridden elephant, said, “Evernote’s applications are glitchy to the extreme; they often feel as if they’re held together by the engineering equivalent of duct tape” and “the apps are so laden with quirks that I’ve long held a deep-seated fear that perhaps some of my data has not been saved.”

Those are not good thoughts to be associated with service for which keeping important data — forever — is an important brand promise.

Many tech CEOs respond to criticism by saying, in effect: “We’re smarter than you. You can’t understand how brilliant we are. Stop being a hater.” Not Libin. He addressed the issues head-on in a blog entry posted the next day. He acknowledged that there had been challenges:

There comes a time in a booming startup’s life when it’s important to pause for a bit and look in rather than up. When it’s more important to improve existing features than to add new ones. More important to make our existing users happier than to just add more new users. More important to focus on our direction than on our speed. This is just common sense, but startups breathe growth and intentionally slowing down to focus on details and quality doesn’t come naturally to many of us. Despite this, the best product companies in the world have figured out how to make constant quality improvements part of their essential DNA.

He also laid out a plan to address the challenges:

Our new philosophy is to find every spot in our products where we’ve been forced to make a trade-off between doing what’s simple and doing what’s powerful, then rethink it so that the simplest approach is also the most powerful. We know we’ve found a good design for something when that conflict disappears. It feels like magic when that happens, and we’ll have several bits of magic in the coming months.

It was not only brilliant from a PR perspective, but as an Evernote user, it was reassuring to me that the company saw the issues and is working on it. (I’m in the process of reviewing Evernote’s scanner and it also helped alleviate some of my concerns about that product. But I can already tell Libin it won’t be a glowing review.)

CEOs need to learn that criticism has value. Not every critic is a hater. And not everyone is an idiot. Many of them have broad-based experience. Many of them know economics, liability law, public policy and government relations better than a startup CEO.

Uber’s surge pricing policy illustrates my point exactly. Yes, there are economic principles of supply and demand that exist (in theory) in Economics 101. But those are often constrained by the fact that we live in a society with norms. Could you charge $25 a gallon to people buying gas while evacuating an approaching hurricane in New Orleans? Sure, you could. The laws of supply and demand dictate it. But be aware that in some places, it is illegal to do this. Even if it is not illegal, be prepared to be hauled in front of local officials and blackballed by your community.

It’s what I call the difference between short-term capitalism and long-term Capitalism. You have to optimize your strategy for the society we live in, not a theoretical perfect market.

One of my favorite experiences in dealing with a CEO was when I tweeted about confusing pricing on the HotelTonight hotel booking app. When I checked pricing for multiple nights, it showed me the price for the first night. It wasn’t reflective of the average rate for my stay. Because hotel prices can vary widely, showing me a $150 rate for the first night isn’t helpful if the second night is $450. CEO Sam Shank saw my tweet and engaged. We talked through some alternative approaches and HotelTonight soon addressed the issue. We’ve been friends ever since and I frequently give him feedback on the product. (Sam recently talked with Bloomberg West’s Emily Chang about surge pricing.)

Understanding and working with the media is a delicate dance. The message that gets out to the public can be key when your company is facing a crisis. And no matter how hot your company is at the moment, you will eventually find that you need the media’s help to get your message out.

Here’s some advice that I give to startups on PR in general, as well as crisis PR: