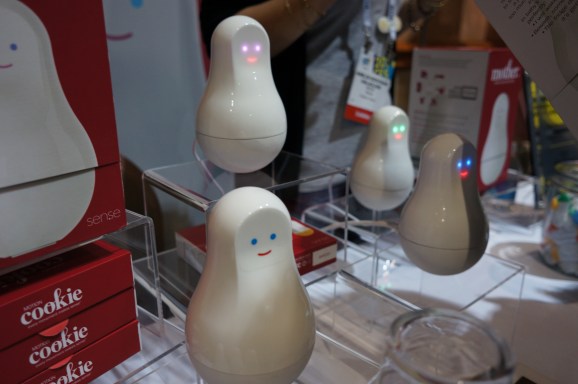 LAS VEGAS — A decade before people were talking about the “Internet of Things,” there was Nabaztag, a Wi-Fi connected, rabbit-shaped device that could read your email, news, and other digital information aloud.

Though it wasn’t a huge success, Nabaztag gave us a glimpse of what was possible when you connected things in the real world the Internet. Now its creator, French serial entrepreneur Rafi Haladjian, is gearing up to launch a gadget that expands on the ideas Nabaztag first introduced. His new gadget, Mother, serves as a hub for sensors you can spread all over your house. 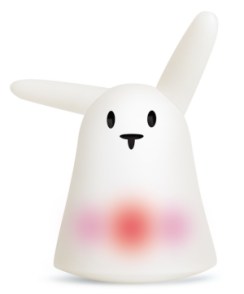 Above: The internet-connected rabbit, Nabaztag

Mother sports a cute face, just like Nabaztag, and gives you some basic feedback on the sensors it’s tracking based on how its face is lit up (red lights mean something is likely up). It communicates with sensors, dubbed “Cookies,” which can track the motion of whatever they’re attached to.

With Mother, Haladjian says he’s aiming to help us find meaning from all of this sensor data. You can view the activity of all the sensors on a web dashboard and potentially glean some insights from all of that data. (For example, you can stick one on your fridge door to see if some people in your family are going overboard on late-night snacks.)

Check out our interview with Haladjian from Eureka Park, the startup section of the International CES, below:

Once again, Haladjian seems to have created a device that’s more interesting philosophically than it is commercially. Only a small subset of geeks would likely care enough to experiment with Mother’s spin on motion tracking.

You can order Mother now for $222, while the Cookies will cost you around $100 for a pack of four when they’re released. Sen.se, Haladjian’s company, expects to start shipping orders this spring.