Panono wants to make 360-degree pictures as easy to take as throwing a ball into the air. 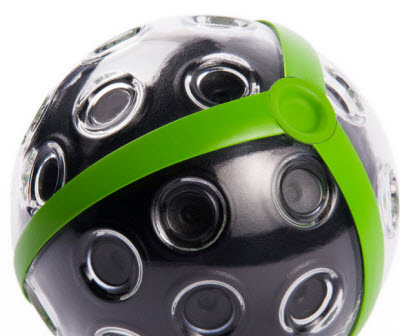 Above: Panono takes 36 pictures at once in all directions.

Panono has created a hardened ball with 36 cameras pointing in all directions. You toss the panoramic ball camera into the air and the individual cameras take a picture at the point of highest elevation. Then you can upload the images via smartphone to servers at Panono, which stitches them into a single 360-degree image. It brings a new meaning to panoramic images.

The company has already raised $1.229 million in a crowdfunding campaign on Indiegogo, surpassing its goal of $900,000. The campaign has eight hours to go.

The German startup showed its product at the Eureka Park section of the 2014 International CES tech trade show last week in Las Vegas. Jonas Pfeil, founder of Berlin-based Panono, said in an interview with VentureBeat

“I was studying in New Zealand and took a short trip to Tonga, where I took panoramic pictures with my camera,” Pfeil said. “The problem was that I couldn’t take anything that was moving.”

So he came up with the idea to throw the camera up in the air. He designed it so takes pictures at the highest point and it has drop-proof covering on it. You can carry it in a drone, but don’t drop it off a cliff. It can survive a fall from 15 feet, Pfeil said.

The resolution will be 108 megapixels and it will be able to take pictures with high dynamic range, or both well-lit and shadowy features in the same frame. Stitching the images together is complex because you have to line up the images perfectly. 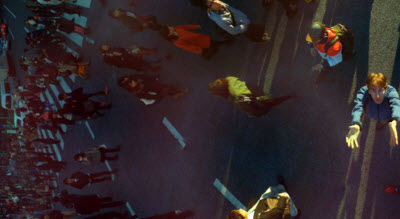 “It’s super quick and it captures images with people in it easily,” Pfeil said. “Doing this in the cloud is easy. If you tried it on the smartphone itself, it would drain your battery.”

You can take a picture when the kids are playing and you no longer after to line them up.

“You toss the ball up and then capture that moment,” he said.

Panono will be delivered via the site in September for campaign contributors and then it will hit retail. The company has 11 employees. It is priced at $499 for Indiegogo supporters and will be $599 after that.