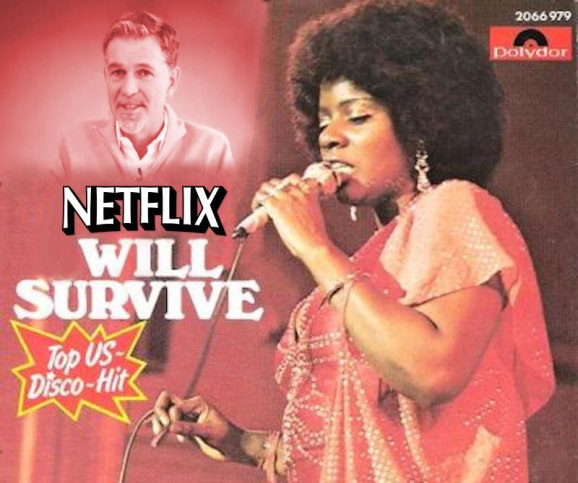 The company now has a total of 44.4 million subscribers across the globe, according to its Q4 2013 earnings report. Netflix also has an Oscar-nominated original documentary, an Emmy-winning original TV show that’s about to begin a second season, a slew of highly anticipated original programs on the way, a growing number of 4K-quality videos, and a stock price that’s up nearly 18 percent to $392 per share. And when you examine third-party peak web traffic reports, you’ll notice that Netflix really doesn’t have much competition from the likes of Hulu or Amazon Prime, either. That means more people are eating up more bandwidth from Netflix than any other video site in the north American region.

But after last week’s appeals court decision invalidating net neutrality, bandwidth “hogs” like Netflix may find themselves at a disadvantage. That is, unless those hogs are willing to pay up.

Until recently, being a massive bandwidth hog meant your web service was extremely popular and likely lucrative. And no matter how much bandwidth a service used, high-speed Internet network operators like Comcast and Verizon were forbidden from prioritizing traffic from any specific service or group of services. But with net neutrality rules no longer applicable, those network operators are free to prioritize traffic for services willing to pay a fee, theoretically.

Prioritizing traffic may be attractive to some companies — particularly those running a streaming media web service — because it means their services will run faster, more reliably, and more efficiently than if delivered regularly. Unfortunately, this comes with some consequence. The overall network devoted to non-prioritized web traffic will then be slower and less reliable.

“Well, it’s a legitimate fear I suppose. But you know, we operate in 41 countries that have quite a variety of states that have net neutrality and we’ve never had a significant problem to date,” Hastings explained during yesterday’s Q4 earnings video interview. “Doesn’t mean we won’t [ever have a problem], but we haven’t to date.”

Hastings then rationalized that ISPs would be hurting themselves by having major services like Netflix or YouTube run unreliably.

“Part of delivering and expanding [ISPs’ business] for consumers is having a really good Netflix experience, a good YouTube experience. Things like that. That’s why people get higher-speed broadband,” Hastings said. “So I think actually our economic interests are pretty co-aligned.”

So, is there still cause for concern over ISPs legal right to prioritize traffic? Well at first glance, you might not think so. But consider the following hypothetical scenario:

Hulu and Amazon Prime strike multimillion dollar agreements with ISPs to prioritize all traffic coming from each respective streaming video service, thus ensuring that those services will run more efficiently. Both of those services eat up relatively little bandwidth (comparatively), so it’s unlikely that we’ll notice network degradation when watching content on either Netflix or YouTube. Also, since both of those services eat up little bandwidth, the cost to prioritize that traffic is considerably less than it would be for the “hogs”.

Yet what if Google decides it’s a worthy investment to pay ISPs to prioritize all YouTube traffic, which currently accounts for 18.7 percent of peak downstream usage in North America? If this happens, people might actually notice Netflix (and everything else) running slower.

Worse, what if Netflix also decides that it can afford to pay ISPs like Comcast to prioritize its traffic — which will cost considerably more than the Hulu or Amazon agreements? Now you’ve got all the major players paying for what’s essentially a private Internet, while the regular Internet becomes slower.

Netflix simply isn’t worried about expensive prioritized traffic contracts ruining its overall business strategy because it’s already a major player. And major players have access money, political influence, and the ability to develop tech to compensate for major bumps in the road like paying for premium traffic delivery.

If this scenario ever comes to pass, obviously it would be time for the FCC to step in and take back control. It’s something that Netflix cautioned about in its most recent letter to shareholders.

“Were this draconian scenario to unfold with some ISP, we would vigorously protest and encourage our members to demand the open Internet they are paying their ISP to deliver,” Netflix states in its Q4 letter to shareholders. But the company doesn’t think this will ever happen, as noted in Hasting’s explanation above.

But that’s also assuming incorrectly that this ghettoized Internet scenario will come to pass relatively quickly, rather than over the span of five or 10 years. It’s far more likely that it won’t be a handful of companies paying to prioritize their traffic, but instead thousands of smaller companies that collectively account for as much traffic usage as a YouTube.

Meanwhile, Internet network operators will have built decade-old business models that very much rely on revenue from these prioritized traffic deals — making it much harder to abolish without screams of free market interference coming from Congress and lobbyist groups, among others.

Undoing the damage of net traffic prioritization will indeed be a huge mess, and one of our own making, if the FCC drops the ball. But it’ll also be a mess that Netflix will survive.