Native ads are almost all I talk about. From dawn until dusk I speak to publishers across the UK and North America about their native advertising efforts. You’d think that would make it easy for me to explain what they are, but there are actually quite a few different types of native ad, making a simple definition tricky.

Fundamentally, native ads are paid content that’s placed alongside editorial in a publication. Some claim marketers and publications are tricking readers by using these ads. I don’t condone that, nor do the publishers I speak with. In fact, the very best native advertising is clearly labeled as such; it stands out and succeeds on the strength of its content and relevance to readers.

So where does the occasional confusion come from? With so many players in the market racing to differentiate themselves, there is no shortage of adjectives to describe what makes their native advertising experience different.

December saw the FTC examine concerns of native ad disclosure and differentiation (while capitalizing on Robin Thicke’s popularity) with its Blurred Lines conference. At that event, the Internet Advertising Bureau attempted to nail down definitions for some of the more popular native ad units available. Here’s what I gathered from their playbook.

In-feed units are what you most commonly associate with native advertising. They come in three flavors: 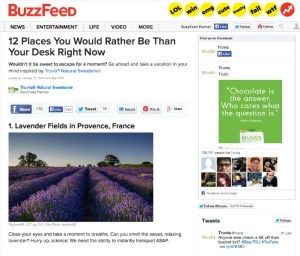 Endemic in-feed units are the majority of what we talk about when describing native ads. They are written by the publisher or their content studio, or sometimes in collaboration with the brand or marketer and appear in the publications feed as a clearly labelled link to sponsored content. This is the native advertising that turned BuzzFeed and Forbes BrandVoice into the players to beat in the space. 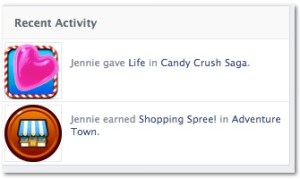 Linked in-feed units are placed similarly as above but link out to an external site, article, or similar action. Twitter and Facebook’s sponsored posts and stories are examples of this method. They integrate well their own site’s format but offer little when it comes to engagement and measurement – they’re just links. A wildly popular example is Candy Crush – an iOS and Android game deeply tied to social media. In your Facebook feed, you may see a story sponsored by the game prompting you to like the status or check out the game to reward someone in your network with an extra life. The genius is in recognizing you’re on your phone and it is not a stretch to think you’ll take that extra step and give the game a try. 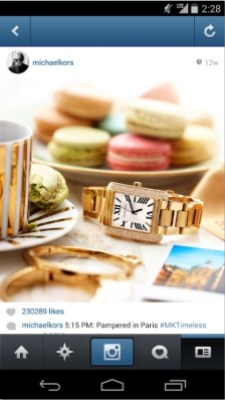 Embedded in-feed units are similar to linked in-feed units, but a user will see the ad within the page or application; it’s as if the brand is using the site or app just like the user. Michael Kors was one of the first brands to test this method on Instagram. A snapshot of their products appeared in the feeds of Instagram users, labelled as sponsored – it gathered hundred of thousands of likes in under three days. Targeting suffers, but engagement is easy to measure, and it’s pretty hard to mess up the form and function of this unit.

Then there are a variety of non in-feed native ad options:

One of the less obvious native ad units is paid search, the text ads that appear at the beginning of your search. Google’s AdWords are the grandparents of the current native ad generation.

Recommendation widgets like Taboola and Outbrain also serve up native ads by linking to external pages. They are sold without guaranteed placement, and are measured on brand metrics such as interaction or brand lift. Ever click on a related story after one of those controversial Slate opinion pieces? You’ve interacted with one of these.

Purchase a computer or car lately? Maybe check out a local restaurant? You more than likely used a review site and thus came across promoted listings. They don’t contain traditional editorial content per se, but they are contextually relevant to what you’re reading. Check out the critically lauded review site The Wirecutter for a great example of this format in action. They do extensive reviews without a hint of bias and use sponsored placements from Amazon and Best Buy to showcase their final verdicts. 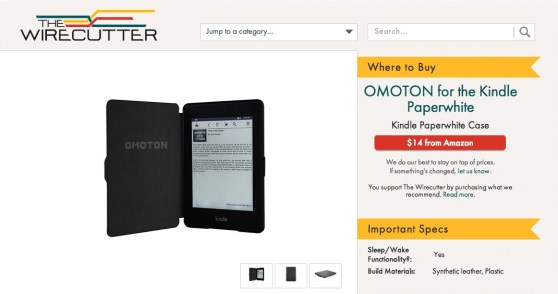 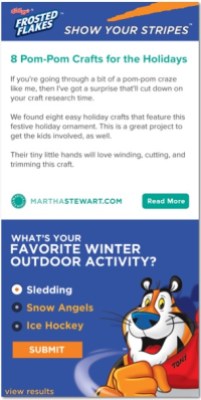 Finally, there’s a type of unit called in-ad with native elements. These ads fit within a standard ad container or banner but contain relevant information within the context of the article in which they appear. Check out this blog post from Flite showing how a Frosted Flakes banner ad on MarthaStewart.com repurposed older material to make such a unit.

This is by no means the definitive list of native ad units. Every day publishers are inventing new ways to serve native ads to their readership, and those that find an innovative and honest way to display relevant, well-produced content will not only survive but prosper.

Kunal Gupta is CEO of native ad platform provider Polar and is regarded as a rising young visionary, shaping the future of media. He has been recognized as a Top 30 Under 30, a United Nations Global Citizen and Ernst & Young’s Entrepreneur of the Year. You can follow him on Twitter: @kunalfrompolar.