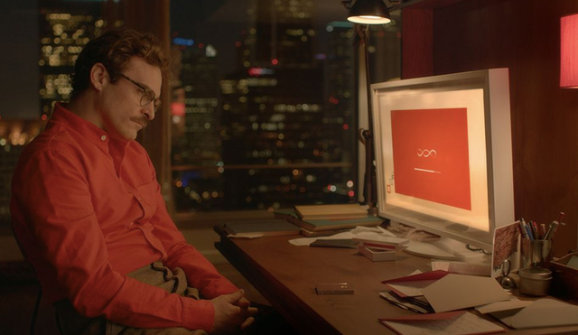 Joaquin Phoenix in the AI love story "Her."

If you’re curious about what Google will look like in 10 years, just look at its latest string of high-profile acquisitions.

Over the past few months, the company has snapped up several of the most intriguing robotics companies in the U.S. as well as smart home gadget company Nest for $3.2 billion. What’s next? Try artificial intelligence.

Google is planning to buy DeepMind, an AI company that few have heard of but that has some serious brains and technology behind it, reports Re/Code. Google confirmed the acquisition but didn’t reveal the price of the deal — Re/Code puts it at around $400 million, while The Information claims it’s worth over $500 million.

While DeepMind hasn’t revealed its technology (its website is a simple landing page with no additional information), sources tell Re/Code that it’s a serious AI player with more than 50 employees and around $50 million in funding. The London-based company was founded by neuroscientist Demis Hassabis, a child chess prodigy renowned for his work in AI and the games industry; Shane Legg; and Mustafa Suleyman.

While a few reports suggested that DeepMind was also in negotiations with Facebook before Google stepped in, we’ve heard that the company’s CEO was mainly chatting with Facebook to get a sense of its own AI technology. DeepMind was never actually close to being acquired by Facebook.

While it’s unclear what exactly Google will do with DeepMind’s technology, it’s a logical addition to Google’s neural network AI technology, which processes information similar to the way the human brain works. Google has already used that technology to improve its speech recognition for Google Voice — but it’s not hard to imagine how stronger AI tech could make its way into Google’s other products. It could lead to a Google Now that’s far more effective at fetching relevant information for you, and a Gmail upgrade that makes spam and unimportant emails a thing of the past.