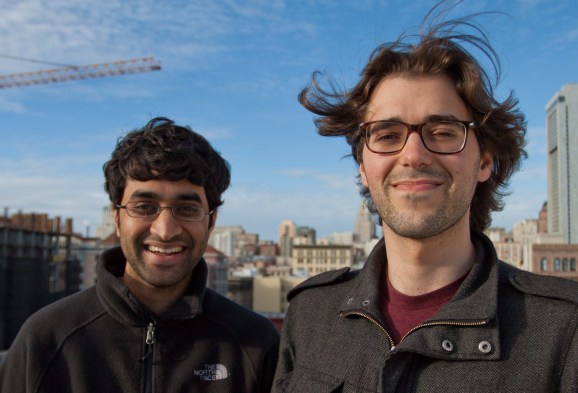 According to my sources, these bootcamps are General Assembly, Hack Reactor, Hackbright Academy, Dev Bootcamp, Coding House, Zipfian Academy, Coding Dojo and App Academy. They face $50,000 in fines and imminent closure if they don’t start the application process within two weeks. General Assembly started working on this issue several months ago to come into compliance.

Furious debate has exploded on various community forums and news sites over this. The knee-jerk reaction from most techies was to side with the bootcamps. But over the course of 24 hours, developers and legal experts expressed far more nuanced opinions, which warrant further exploration.

To capture the essence of the debate, I pulled out some of the most thoughtful comments left on my own story as well as Reddit and Hacker News. And I reached out to Ned Ruggeri and Kush Patel, cofounders of App Academy, one of the programs that received a warning letter, to respond to some of these questions.

VentureBeat: Many of these bootcamps received cease-and-desist letters two weeks ago. Why wasn’t the media notified?

Kush Patel: We were advised by our lawyers against antagonizing the regulator and [to] build a dialogue with the bureau. Talking to the press may have complicated those discussions.

Ned Ruggeri: I would hasten to add that as the bureau looked into our program and programs like ours, they would like what they see. We don’t feel we have anything to worry about.

VentureBeat: You did speak with advisers, though. A Lyft spokesperson confirmed in an email today that you reached out to its general counsel for advice. [Editor’s note: Lyft has experience dealing with another state regulator, the California Public Utilities Commission.]

Ruggeri: Yes. We avoided speaking to the press and making a public statement, but we did reach out to potential advisors, including Lyft. That company led the charge on ride-sharing regulation and has strong legal counsel. We wanted to get in touch with startups that have faced similar troubles. Our experience is in education and not in government affairs. We had never heard of this agency.

Patel: Lyft had addressed concerns and come to a resolution with regulators. That’s a great model to follow.

VentureBeat: You’d never heard of the BPPE? But it’s an agency that deals with postsecondary education in California, including academic as well as vocational-training programs.

Ruggeri: Unfortunately, we are a small startup, and there is a whole world of regulation out there. Even people who have dealt with the Department of Consumer Affairs [BPPE is a unit in that department] have not heard of this small bureau. Even the lawyers and the experts we spoke with had not heard of BPPE.

VentureBeat: What’s the timeline that you’ve received from BPPE to come into compliance?

Patel: We have heard numbers that vary dramatically. We’re hoping to get our application finished as soon as possible. The spokesperson in yesterday’s article said he’s willing to work with us if we begin the process. We’re happy to be regulated and come into compliance.

VentureBeat: When I first reached out to some of the bootcamps, some of the founders did seem quite fearful of the BPPE. That agency threatened a $50,000 fine and imminent closure. Why the shift in attitude?

Ruggeri: I can’t speak to how the other bootcamps will react. We were one of the last to receive a letter — it only arrived two days ago. We just kicked off a dialogue with BPPE.

Patel: We are already in compliance with most of the items. There are a couple small things: We don’t have a fax machine for our office, which is a requirement.

VentureBeat: You all met Wednesday afternoon to plot a course of action. What was the mood like in that meeting?

VentureBeat: I’ve heard from other programs that it costs less than $50,000 to come into compliance. Are you concerned about the price?

Ruggeri: Whatever the cost ends up being, it’s worth it to satisfy the state that we’re a good program.