Selling laptops is a tough business these days. Not only has the PC industry been slumping, with a record seven quarters of consecutive decreases in sales, only one vendor has actually been growing — and not it’s not Apple.

“The goal is to drive sales,” Sony’s head of direct marketing in the U.S. Jeremy Lyons told me. “The key challenge is: What’s the best way to connect with the best advocates of your brands?” 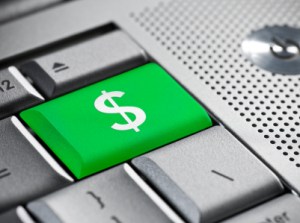 To do that, Sony turned to Pursway, a social media analytics company that takes your database of clients and “socializes” it, finding the connections, seeking out those who have strong social networks, and finding those who have the capability to influence others’ purchases.

The results were fairly impressive.

“It’s a good start,” Lyons, who is still experimenting with different options and offers. “Using the Pursway tech, we did better at getting to people who drive one or two other purchases.”

In other words, better at making buying viral.

That works, Pursway says, by matching your customer data with social data that identifies each of your customer’s 10 to 25 closet contacts. Then, importantly, Pursway analyzes social transactions in that group of close friends and relatives — and overlays actual transaction data — to pinpoint the 8 percent to 25 percent of people who are “topic-based influencers.” These are people who are leaders in their social circles, who others look to for buying advice.

Then it’s simply a matter of aligning your marketing to focus significantly on influencers.

When they buy, others will too — up to 44 percent of them.